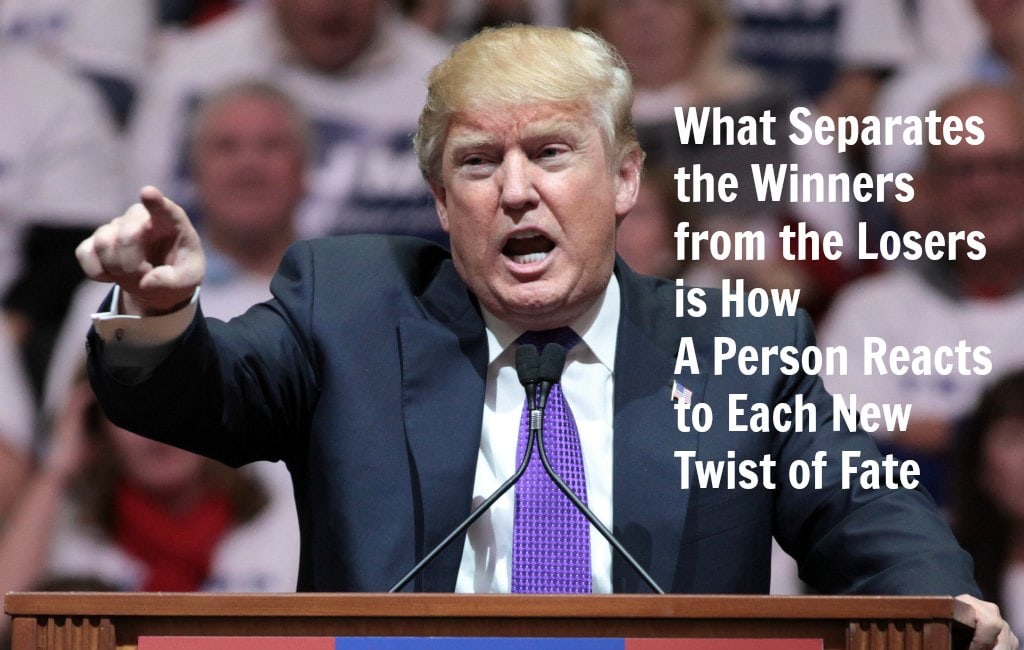 Donald Trump, an immensely successful businessman, politician and the 45th President of the United States of America. Trump came into the limelight when he stood for election and has been a topic of discussion both, in and outside America ever since. Throughout his career, Trump has been subjected to controversies in all domains but he has managed to walk out of all of them with cheer confidence. There are some personality traits of Donald Trump that set him apart from any leader America has seen so far. To start with, here are a few characteristics and traits that define the phenomenon called Donald Trump

Sometimes your best investments are the ones you don’t make.

Quoted Trump years ago and is only a testament of the way his brain functions. Donald Trump owner of “The Trump Organization” has always taken business as first priority and even though he might appear to be a loud mouth, he makes sure to think all his decisions through and that is probably why he has a net worth of $4.5 billion today. Some of the major decisions made have been in both business and politics like taking on several international business projects and acting against terrorism which has really worked on giving Trump an edge over others he competed with to win the presidential elections, in fact, running for President at the age of 70 is in it a huge decision. At an age where most people think of taking the back seat, Trump is set to take his position as the 45th President of the largest global economy.

Psychology defines people based on the way their personality defines them. A person with the ESTP (Extraversion, Sensing, Thinking, Perception) personality type is always looking for new; exciting things has a knack for new adventures and looks for new ideas almost constantly. These people always indulge in productive conversations, fix problems as they go and always have an eye on similar people. Most things Trump has been known for doing as a part of everyday life. ESTP might sometimes get caught in the moment as they aren’t too careful with their words and actions as seen many a time in Trump’s speeches. The huge empire set up by Trump does perfect justice to his personality type. Though such people are easily distracted, there are not many who can match their charm. Ernest Hemingway, Madonna, Eddie Murphy are some examples of people with similar personality traits.

Trump has always had an eye on people he could benefit from at some time or the other. His constant admiration for renowned world leaders like Vladimir Putin and Narendra Modi has caught the eye of various political analysts and has been a matter of great debate as well. An unusual incident could be how Trump constantly praises dictators like Kim Jong UN of North Korea and Saddam Hussain, people who have been known in history for their constant hunger for power. Trump himself has repeatedly proved to be power hungry and finds these people to be of great benefit in his newly started political career.

The owner of a gigantic business empire, the producer of multiple television shows and a billionaire, these are few things that perfectly describe Trump but the situation wasn’t always the same and it won’t be wrong to say that whatever Trump has acquired today is cause of his capability to take on risks. There was a time when Trump was under a debt of $900 million and his options to get out of this debt were limited. That is when Trump took the huge risk of putting everything he had left with him at stake and invested every penny in new, emerging, smaller businesses. He could have played safe but the risk he took soon proved to be one of the best decisions he ever made. All the small investments flourished and are today a part of the Trump Organization.

There is no denying that Trump is an eccentric person, belittling others is a hobby and listening to his own accomplishments a fun pass time. It is important to identify the reasons behind developing such a complex frame of mind. Though such conditions are highly dependent on the genetic construct of a person, external factors such as state of mind during the various phases of mind plays a key role. There have been times, during his speeches and public appearances where Trump has been a loud mouth not to just criticize others but to show the audience that he is ahead of all his opponents. This might have turned few voters against him but has also helped him bag a handful of supporters.

We all have been told to ‘think big’ at least once in our lifetime, by parents, mentors, and teachers but how many of us have actually been able to even start? Trump once said,

You have to think anyway so why not think big

And he has made sure to practice what he preaches. Setting goals high enough and then using your caliber to achieve those goals is one thing to learn from Trump and apply to everyday life. A businessman, politician and also an accomplished author, there are few too many feathers in Trump’s hat and all of them are testaments of his vision using which he has been able to conquer everything he has stepped into.

It has been argued often that Trump suffers from “Narcissistic Personality Disorder” he has been called rude and obnoxious often than not but it has hardly bothered him. Without the kind of confidence that Trump possesses, it sounds impossible to lead people who are constant critics and would even lend you an ear if not for your efficiency to lead them.

Being a hardworking man that he is, Trump gets the entire credit for every single penny in his pocket today.

If you’re interested in ‘balancing’ work and pleasure, stop trying to balance them. Instead, make your work more pleasurable.

These are the words Trump used once to address a gathering of young men and women who found it to be highly inspirational and insightful. At 70 years of age, Trump is ready to take on the White House with great vigor and this is what proves his passion for whatever he does.

Of all things, what bothers Trump the most is any questions raised on his powerfulness both as a businessman and as a political leader. Words like down to earth and modest might not be the best selection to describe the kind of personality Trump possesses. A proof of the same is his bitter speeches anytime he feels that the empire might be at stake. His hunger for power can single-handedly is described by his decision to step into politics. Becoming the president of a powerful country like America gives one enough strength to fight issues both locally as well as globally and now since Trump has achieved this position, he is definitely going to use all the power given to him.

Not a lot of people are aware of Trump also being an accomplished author with all the other things that he has managed to do over the years. His books, “Time to Get Tough” and “How to Be Rich” has been among bestsellers and he has managed to teach us another important life lesson, always pursue your passion, no matter where you go.

Trump has his qualities and he has his flaws, some would love him while others would hate him but no one has managed to ignore him. While his hard work and his competitiveness motivate the people who study his life, the never dying need for power and eccentricity make you wonder, how complex can man be.

← Prev: 5 Businesses With Lowest Probability of Failure Next: 11 Personality Traits of Michael Dell →