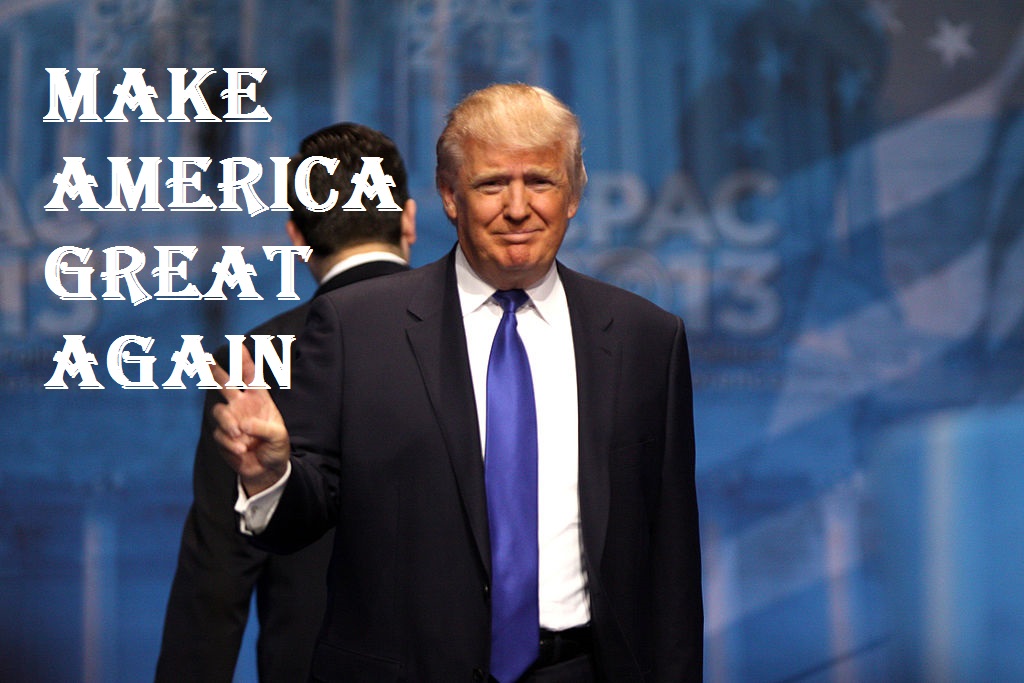 The people of America have spoken, the results are out and the world now knows Donald Trump as the 45th President of the United States of America. Some call it luck, others blame it on poor decision making but there is definitely more to it. Trump, a businessman by profession hasn’t had much of a link to politics. It won’t be wrong to call him a rookie when it comes to knowing the nuances of the American political culture but in spite of all odds, he managed to beat his opponents who had a decent knowledge of the political gamble which is an evidence of his greatness in terms of mastering something no one ever expected him to. Though many American don’t like Donald Trump’s personality but he has a lot in him that made me so successful which every American should learn from Donald Trump

Other than being a businessman, Trump has also written a few books which have been like a mirror of the life he lives. In his books, he states that he works seven days a week, without any breaks which is possibly because he loves what he does. In his famous play, George B. Shaw said through one of his characters that if one makes his hobby his profession, he wouldn’t have to work a single day, Trump sure does stand by that.

Luck is highly overestimated in all our lives. We all wish to be lucky but none of us wish to create opportunities for ourselves to enhance our luck but not Trump, he knows that luck is not everything he needs and that’s why he makes an effort in the right direction and at the right time.

Being the 324th richest person in the world, Trump sure has made it large. The life that he lives is a dream of most of us but he also is equally aware of the impact that his life makes or should make on the people around if he wishes to be a successful leader.

One thing that has always helped Trump keep his cool in every debate with Hillary Clinton is his confidence. In the later stage of the campaign, a lot of misogynistic remarks given by Trump resurfaced but he kept his cool and defended them all being highly confident. He also managed to bring down Hilary Clinton at one of the debates by standing up for what he felt and it surely paid off.

With a strong agenda and good financial backing, Trump emerged as a confident candidate in the beginning but all his remarks speaking against him, there came a point where people thought that he might be a total misfit. There was a period of total downfall during campaigning but Trump had it all figured out, he kept on modifying his statements and managed to woo every community by the end.

His business background has certainly helped him achieve everything he has in such less time. He knows what to say to whom to get things done. His addresses might be a little offensive to some but are extremely bang on. An example would be including illegal immigration in his agenda. This move was appreciated by everyone and it is because of this that he ended up in the white house.

While growing up, we were constantly asked to be good at whatever we did. Knowing everything wasn’t good enough, mastering whatever you knew was but Trump was one person who defied all stereotypes. He entered politics at an age where people are not expected to learn new things but he did and excelled at it.

Being a presidential candidate, Trump left no stone unturned to get as many votes as possible. He traveled across the country and campaigned for days but he made sure that he wasn’t the only one getting all the attention. Showing all characteristics of a great leader, Trump let everyone in his team feel equally important. One such instance was when he met the former Mayor of New York City, Rudolph Giuliani to talk about his new book which was on leadership. Trump once said, “I’m a bit like P.T Barnum, I make stars out of everyone.”

“If I don’t win, I’ll consider this a total and complete waste of time” said Trump at a rally once. With changing times, we have set our younger generation to failure. They lack the zeal of going out there and giving it their all because somewhere, deep down they are totally aware that it doesn’t matter anymore. These are the times when people get trophies even for showing up but Trump seems to be a little old school when it comes to winning and he has proved himself right after winning the presidential elections.

After being trashed by Clinton in the first debate, no one expected Trump to rise again but he did. By the time they were face to face once again, Trump had a whole list prepared for Clinton. He got his facts right and confidently gave back what he had gotten.

The roller coaster ride of the 2016 presidential elections lasted a couple of months throughout which nobody could accurately predict the results. The odds didn’t favor Trump but he decided not to give up. He persevered through it and reached his destination. His opponent was strongly backed by the media, the A-listers, and former president Barack Obama but none of this stopped Trump which teaches us to never give up, tables can turn in no time.

Love him or hate him but you can’t ignore him. Trump has dominated the thoughts of people around the world where everyone is busy anticipating his moves as the newly elected President of the USA but there has been a lot to learn from him and there will be in the future too.