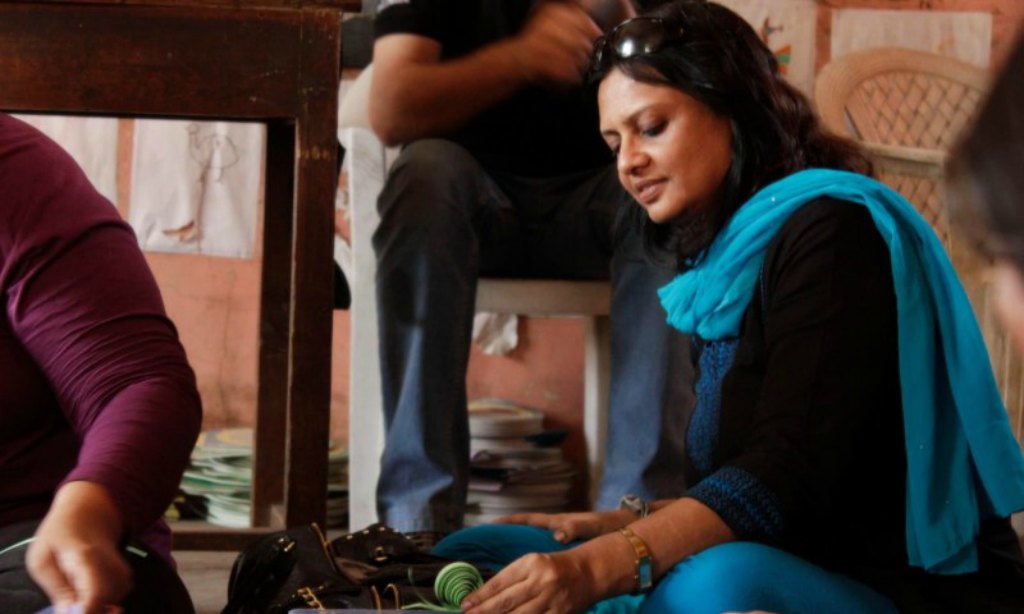 You cannot judge a book by its cover and the saying goes well when people talk and think about craft as a trivial thing to do. It is simply considered a leisure activity. A human tendency has been such that Craft is not really given the reverence and importance it actually deserves and in such a scenario, it is commendable when someone thinks to step in such a field and make people step out of their illusion of their understanding of the term craft. The things seem as you perceive them. A craft, which may be for someone a mere leisure activity, is indeed a way to bring change in people’s life. One Such Person is Srinanda Sen Founder and Director of Pie Lane. We tried our best to know about her journey of entrepreneurship in the domain of craft.

The owners of Pie Lane, Srinanda Sen, her husband Ton Van Heijningen and their friend Ritesh Khera have not only stepped in this field but are also working harder and passionately to involve people in myriad creative activities. The company works with the production of the quality craft material at affordable rates. Pie Lane embodies the manufacturing of all the materials, techniques and tools to create an object. The material can be anything like cloth, string, leather, metal wire etc. Talking about Pie Lane as a craft brand, terms like skills and creativity automatically steps in. Talking about Pie Lane, Srinanda says that it is a pioneering market and as nobody has really worked in the same field so it took them a lot of hard work to establish their own market. No can of worms could cease these three diligent and passionate individuals from their consistent work. Originality and abiding by that originality throughout with persistence in work is what makes a person a real entrepreneur.

“We put in so much of hard work to bring the original and creative stuff for people out there in the world. I think the best thing about our company is that we are very original. We design our products ourselves. We build our skills within the company. Not just product even our approach is original “, said Srinanda Sen

Quite inquisitive to know about the journey of Pie Lane, we talked to Srinanda Sen to get an insight of their craft manufacturing company.

Related- Tanya Mittal – A Self Made Teenage Millionaire

Let’s see how the hard work of the team of Pie Lane has been trying to transform a presumed leisure activity a life-changing experience to themselves and others:

The inception of anything in life engrosses one to know more about a particular field or thing and talking about entrepreneurship, I vehemently feel that everyone gets curious to know about the origin of a particular domain. In a similar manner, we too were inquisitive to know how Pie-Lane started, to which Srinanda says,

“My husband Ton is a Dutch and he is well conversant with the popularity of crafting back home as his mother is an avid and skilled crafter. His mother has used traditional Indian bindis and decorate greeting cards and this basically led to the creation of Pie-Lane, where bindis were tweaked to make little decorative stickers and exported. Traditionally bindis do not look good on cards and gradually we started exporting the cards. This was basically the first assignment in 2007.”

We are well acquainted with the fact that the moment we talk about a company, its association is just not with the originator of the idea of that company, but it is associated with everyone who works together to make the company what it is. Not one person can do everything in the company and the work has to be distributed to get the fruitful results. The success or failure of the company is not the result of a sole individual’s hard work but that of a team’s.

“The designing and manufacturing are done by me and Pia (Srinanda’s daughter). Ritesh handles materials, Pan India Sales and Marketing and my husband run Pie Lane Studio in Pune where all the products are processed and dispatched.”

Everything has a reason behind. In this logical and reasonable world, nothing really takes place without a reason. So we intended to know the 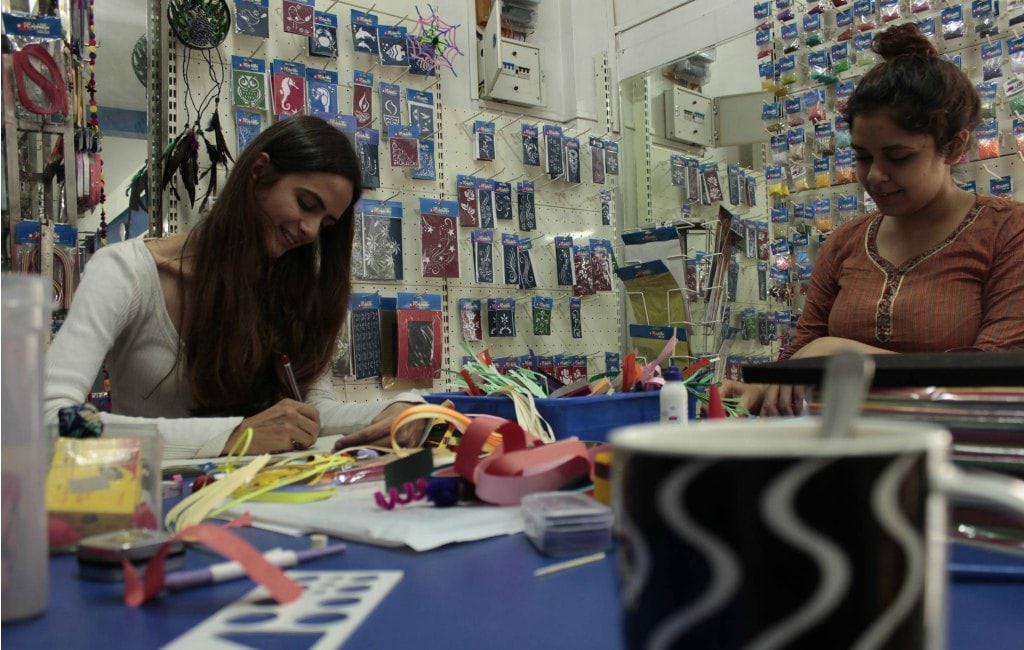 When asked about the why the company is named “Pie Lane”, Srinanda said,

It is not necessary that you get your passion at your very first job. There are certain people who recognize their passion at a later stage of their life and make the best use of time to get the best of results. A craft was never the first career she and Ritesh chose for themselves.

“I am an architect by profession. My partner Ritesh has been involved in animation. It was natural that we have moved together as this field has all the elements of art. We together made it possible. I think I have never been interested in making buildings. I was at first working with an NGO. Then I wanted to something of my own. Her passion founded her way. We three have invested our money, time and energy in Pie-Lane. Passion and belief in what you are doing are important.” she said

Everyone comes across a tough situation in life and we grow out of them. Similarly, failures are inevitable because coming across a hard time and failures is indeed a signal that you are doing something. No matter whatever quagmire a passionate entrepreneur comes across, he fights summoning up all his courage and will and the same courage is what the owners of Pie-Lane always had. They three have broken the back of the beast every time and did not let the problems lose their passion.

“Failures are inevitable. You have to keep walking. You will make mistakes because you are doing something, it’s important to get up. You shouldn’t stop. There is a time when you realize you can’t do anything as of now but you can surely do things tomorrow. We have so much to give to this world”, Srinanda says

In the life of an entrepreneurship there comes a time when a person comes across Do or Die Situation. Even the hardest time in life could not stop the three hard-working individuals from constant work

“The hardest time which the company faced was when the export market fell. Exporting was the only thing at that time. Life can be quite difficult at time but we had to work and we didn’t give up” said Srinanda Sen

We all are rebuked at a certain point of time in life but the difference in understanding the rebukes is what makes a difference in life. We asked Srinanda about her take on criticisms and in a zealous tone, she replied with optimism and passion:

Criticisms would come. Sometimes you freaked out over criticism but all that you have to understand is what the person is saying. So think, understand and see what you are getting. Accept it if you are getting to learn something. Valid criticisms should be acceptable. It’s good to have opinions unless you are being taken off.

“When we were exporting, we often came across the thought of people where Indian stuff are not considered good enough and often been criticized for a bad standard in terms of quality. So we wanted to show that we can produce the best, original and standardized products.”

We asked her about the best thing about her as an entrepreneur, to which she says,

I believe in myself that it will happen and I believe that a belief in yourself is what keeps you constant. If you want to do it, just do it. Just believe in yourself. There is a huge world so it would reach the public. All you have to do is commit yourself you have to be aware of your domain.

Everything has a lexicon meaning but when we talk about our own work, we all uphold certain beliefs and opinions of the same. We talked about her understanding of the term entrepreneurship.

“It is all about using your own skill and understanding of the market to produce and we have created something that we can market.You get freedom. You don’t have to work for someone else. You are your own boss.”

In the growing market competition, hardly there would be anyone who would be working without taking cognizance of the plans regarding future. Every budding company works with certain future plans. When asked about the future plan of Pie-Lane, Srinanda said they work to expand in every way and intend to have their material in every lane of the market.

Related- Dietitian Shreya – Journey as a self made Multi Millionaire

“We are trying to have an online presence. We have started craft subscriptions where people can get pre-designed activity boxes and the same would be delivered to their respective places at regular intervals for a fixed period of time. The craft subscription will help parents save their time and energy in looking for new activities to keep their kids busy. We are trying to get active in the education field by producing craft activity books and kits for pre-primary, primary and secondary schools. These kits and books are provided under the brand name “orange craft”. We are also in the process of developing Craft Foundation to teach craft and skills to underprivileged children and people with special needs.” she says 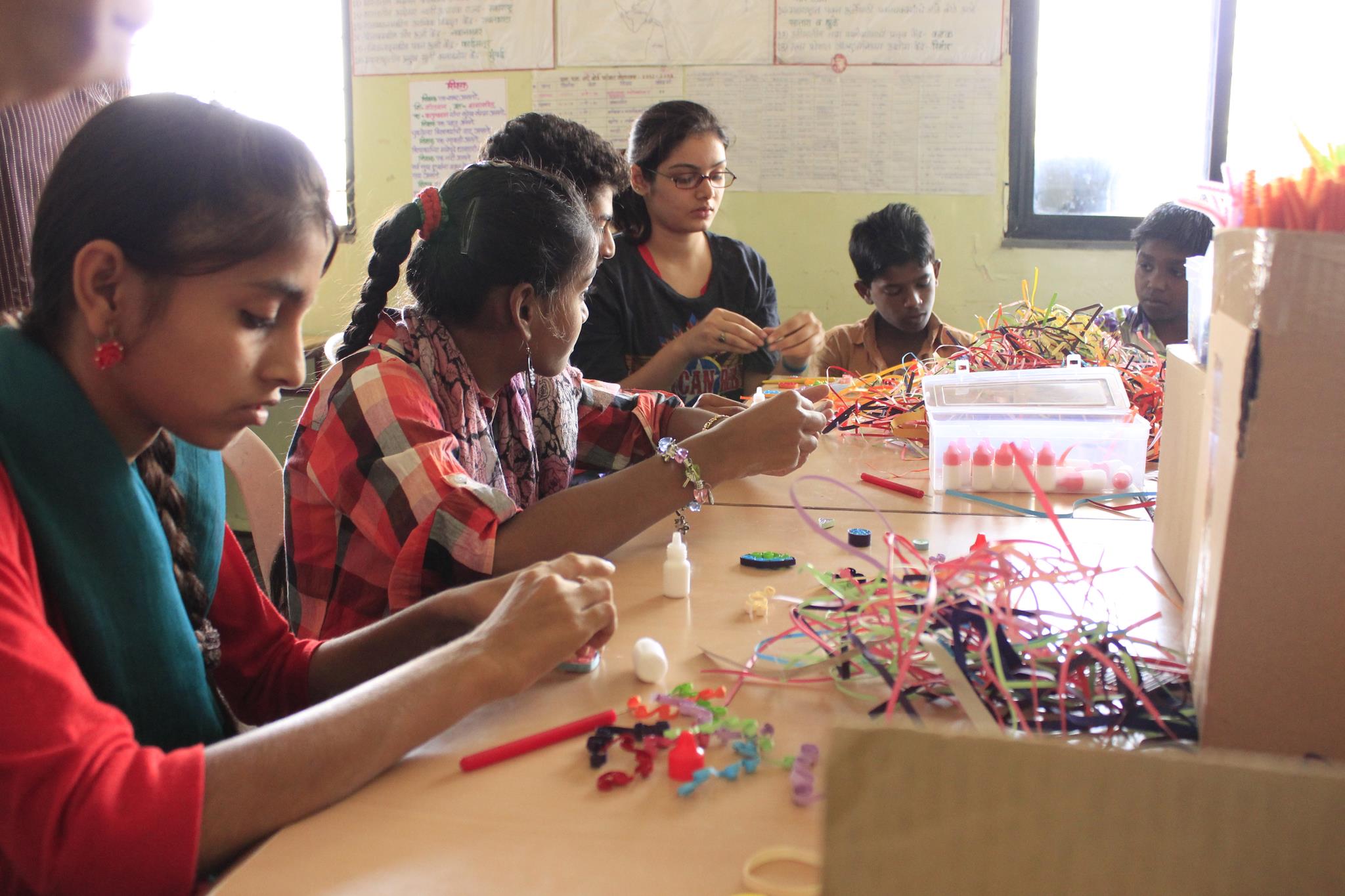 “I would love to work for children and influence them.” Srinanda Sen added

Things are never so easy in life and the situation gets even intensified when you are a woman. Judgments are passed from everywhere around and one actually has to be enough strong-headed to keep things working without getting tormented by anything around.

“When you are a woman, you are not really taken seriously. If you put on nail polish, probably you are not serious about your career. People don’t take you seriously. If you talk materials and technique, it’s just not considered acceptable. The goal is what is important. My husband has been really supportive. We have our own arguments but he has been there with me throughout.” she said laughing.

← Prev: 11 Things Which Every American should learn from Donald Trump Next: 10 Ultimate Skills and Qualities of Richard Branson →