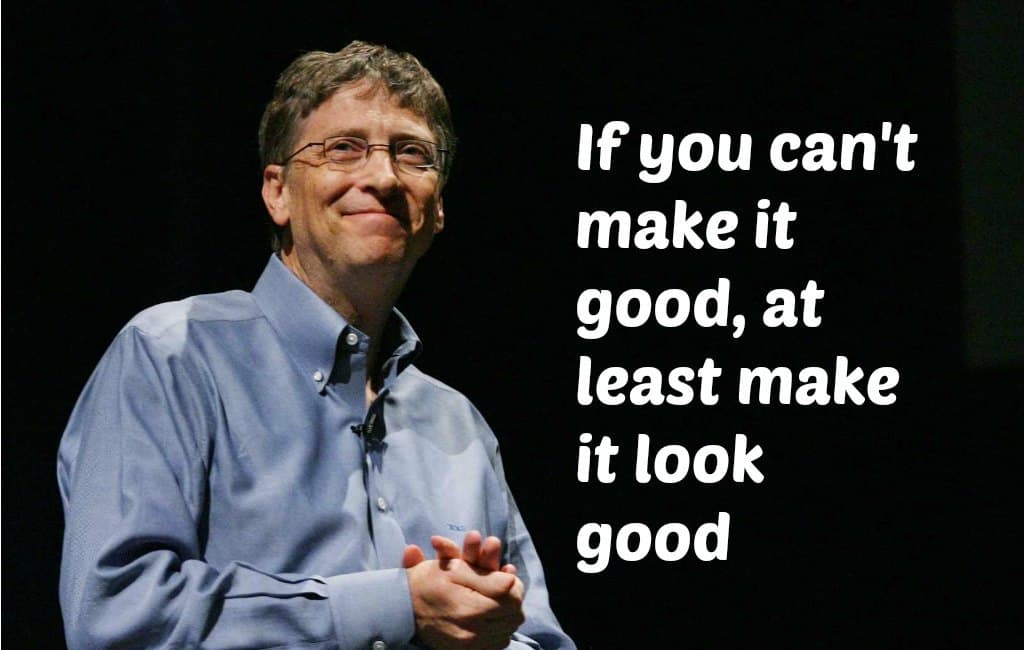 A firm believer of his ideas, Bill Gates’  is undoubtedly the most successful drop-out of Harvard University with a worth of $103.7 billion and is the wealthiest person on earth, according to Forbes.

Bill Gates’ personality trait of agility and ability was very much evident at the age of 13 when he developed his first computer program for playing tic-tac. He developed Microsoft with his friend Paul Allen on 4th April 1975.

If you believe in something strongly and one day or the other,  you will end up attaining it. When Bill Gates was in school, he used to brag to his teachers that he would be a millionaire by the age of 30 years and Bill Gates was a billionaire by the time he became 31 years old. So Bill Gates’ personality trait of far-sightedness could be seen in the early years of his life.

Moreover, just because he is the wealthiest person in the world, he does want his success to be the deciding factor behind his children’s success or failure. He is not only a successful entrepreneur but also someone who could help his children decide their path themselves. Bill Gates says that though he would give his children every possible thing concerning education and basic necessities, but their career and future would entirely be dependent on the way they would want to, be it by taking a job or by doing something else.

Let’s see what personality traits have contributed to the success of Bill Gates:

1. Bill Gates is a Philanthropist

In 2000, the Bill and Melinda Gates Foundation was formed by him and his wife Melinda Gates. Bill Gates took retirement from his position of CEO and became the chief software architect to concentrate on his philanthropic goals through the Bill and Melinda Gates Foundation. While he retired from Microsoft, he had plans in his mind and, i.e., impact in the world through philanthropy. In 2005, he was bestowed with an honorary knighthood by Queen Elizabeth 2 for his persistent contribution to the UK.

Warren Buffet told Gates that the role of philanthropy is to do tough things and Bill Gates says that the toughest thing in his philanthropic efforts has been improving the US education system.

Let’s see in what domains Bill Gates has contributed in his philanthropic efforts:

2. Founder of Microsoft is Highly Competitive

Bill Gates and Steve Jobs once used to have an excellent bond to the extent that Bill Gates helped Steve Jobs in his hard times. However, when Apple was getting successful, Bill Gates no more shared a good bond with Steve Jobs and also asked his family not to use any of the Apple products.

3. Bill Gates is a Voracious Reader

Bill Gates believes that reading is the way through which he learns new things, and reading even helps him to test his understanding. Moreover, reading allows Bill Gates to explore a new area or domain of knowledge. He does not believe in reading e-books but prefers reading hard books to enhance his understanding of the world. Bill Gates reads around 50 books per year, i.e. around one book per week. $200 million of his philanthropic money goes to Gates Library programs. Since childhood has a habit of reading voraciously. Because of this habit, his mother made a rule that no one will touch any book at the dining table.

4. Gates knows how to Prioritize

However, a person’s success or failures is determined by his habits and prioritization and time management plays a vital role in making a person successful or a failure. Moreover, the founder of Microsoft knows it pretty well. He makes sure that he manages his time meticulously to ensure essential commitments. Warren Buffet advised Bill Gates to understand how to say no. There are so many things in the world, and you cannot be a part of everything that you come across, so Bill Gates knows how and when to say no to something. If he doesn’t feel his need in the meeting, he will not attend it.

5. Bill Gates does not Abide by Rules

In 1975, he was arrested for driving without a valid driving license. Then in 1977, Bill Gates was arrested in New Mexico for the traffic violation. In the initial years of Microsoft, he had so many speeding tickets that he had to hire the best traffic attorney in Washington to come out of trouble.

And In the 1980s, he along with Paul Allen got late to catch up the flight and as they missed the plane, Bill Gates rushed to the control Panel and began pressing buttons. Paul thought he would be arrested, but instead, somebody called the plane back for both of them

Bill Gates home has a value of $125 million. The home is 66,000 square feet, built on the banks of Lake Washington in Seattle. Gates have many residences all over the world. His property in Florida has a worth of $8.7 million. It has a lot of horse-friendly facilities. In 1994, he paid $30 billion at auction for Codex Leicester, which is a collection of writing by Leonardo Da Vinci. He bought George Bellow’s painting for $28 million in 1999. Bill Gates has a strong liking for cars. Over the years, he has bought cars like Porsche 930 turbo, a Porsche Carrere Cabriolet 964, a Jaguar XJ6 and a Ferrari 348. He even owns a private jet.

If he loves something, he will never be frugal for it. He has a tree at his house, and Bill Gates has a penchant for this tree, and so, he has a robot which monitors that tree.

7. Bill Gates believes in his Ideas

In the early 1980s, Bill Gates, along with Steve Ballmer, traveled around the country where they delivered seminars telling the audience how the graphic interface was to become the OS in the future. Though nobody believed him at that time, it was only with the launch of MAC, the first commercially successful computer with GUI that people believed in his revolutionary idea. Bill Gates had a strong belief in his thoughts, and so he started working on it even when no one believed him. Microsoft released Windows 1.0 in 1985.

8. Bill Gates is a Smart Worker

Most of the people consider that he does not work much, yet he gets results. However, the reality is that he works smartly and does not believe in showing off what he is doing. He has this habit since his college, and he says that he is trying to work on it. He says that nobody extolled him in college and his office because everyone feels that he works at the last moment.

Every successful entrepreneur has a trait of audacity, and so one of the crucial personality traits of Bill Gates is his audacious temperament

The origin of Microsoft came with Bill Gates telling a lie to a computer company, MITS that he had made a basic interpreter for their microcomputer. MITS was undoubtedly keen to see such software, but as it was a lie on Gates’ behalf, he along with his programming friend Paul Allen, was yet to develop it. However, this made Gates and Paul Allen develop the software in haste. Fortunately, they both managed to create it and presented it to MITS and therefore making their very first sale. Microsoft was founded only a month later.

Bill Gates’ trait of audacity is evident with the incident when Microsoft stood nothing in front of IBM, yet he dragged the latter to the court and even won the settlement in his favor.

Even though Microsoft grew and he hired many professionals under him but even after that reviewed and rewrote the codes the company used to release. His result and quality oriented behavior made him pay heed to the minute details, and this led the company to produce quality software.

Now Bill Gates’ result-oriented approach has even crossed craziness; it is evident when during the cancer research, he made around 10000 girls try his vaccines, and it led to the deaths of many girls.

11. Bill Gates considers himself as Successful

There are people in the world who even after attaining their goals don’t feel felicity in their life, but Bill Gates is certainly not the one. He relishes his life to the fullest and is content and happy with whatever he has achieved in his life, and he does not have any sign of regret and gloom. Bill Gates is not only the wealthiest person in the world with the worth of 85.2 billion but also invests and time and money in philanthropy.