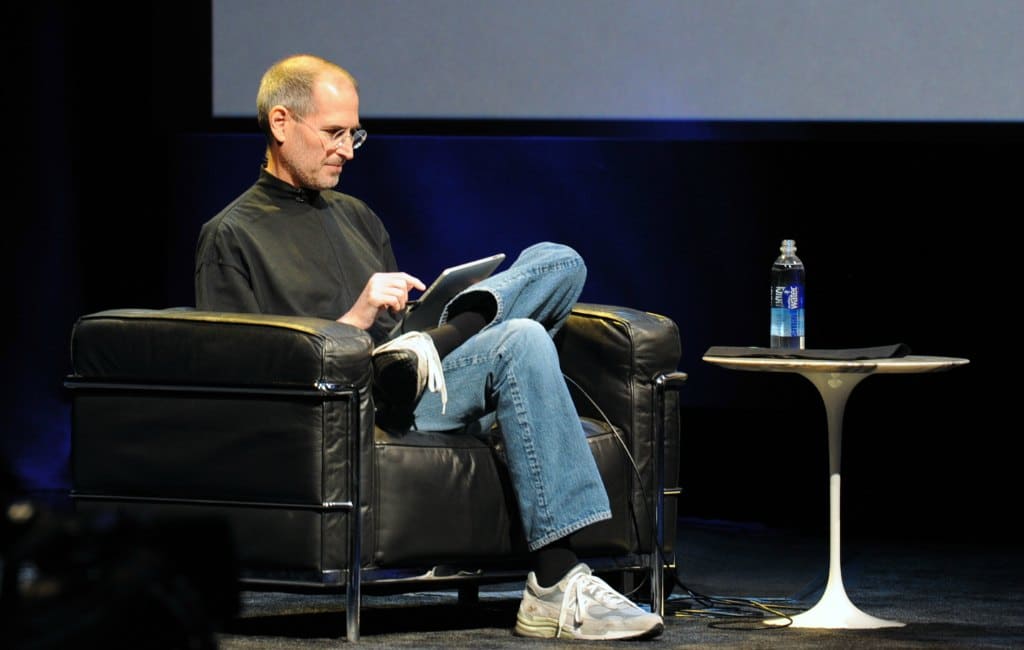 His work has often exhibited his fidelity towards his work. We all are well conversant with his potentialities in his domain and believe it or not, an individual’s conduct in his professional life exhibit a lot about the traits his personality has. Steve Jobs’ personality type is ENTJ. In this type of personality, people are born leaders. ENTJs are often the people who have confidence, rationality, and charisma in them. If given enough time and resources to them, they will certainly achieve their desired goals. People with ENTJs personality type are often domineering and relentless. They can be highly insensitive at times. There is no room for the lame and frivolous people in such people’s life. My article will help you know how Steve Jobs founder of Apple Inc embody this personality type, exhibiting confidence, determination, strong-headedness, narcissism, insensitiveness, and domination.

I hope my article will help you delve into Steve Jobs’ personality and characteristics thoroughly.

Every person has peculiar traits that make him who he is or can be. It is a well-known proverb that it’s not the person who makes habits but habits make a person. So, even this innovative reformer of technology too has certain habits.

Let’s shed light on Steve jobs’ habits, characteristics, and traits, which have contributed successfully to his legendary personality:

1. Steve Jobs was Abrasive in Nature

Often heard that Steve Jobs had such a rude and abrasive personality trait that he would yell at his colleagues and team anytime if things didn’t go well or according to his expectations.

There have been a lot of instances where he embarrassed people in interviews. If things are not of his standards, he will leave it. Be it a hotel or anything else. He believed that anyone can tell him that he is full of shit and vice-versa. His cantankerous nature has led the creator of the outstanding retail stores; Rob Johnson and the vice president of Global Marketing leave their respective positions.

There is always something positive in everything, and maybe this personality trait of Steve Jobs made him what we know him for today because had he allowed others’ influence on his vision, he might not have become the Steve Jobs we all admire.

2. The Founder of Apple was Innovative

Steve Jobs along with his team was entirely contingent on themselves and their feeling to develop revolutionary products.

-Steve Jobs was never satisfied and kept trying foolishly for something better than before.

He strongly upheld his belief in “Stay Hungry, Stay Foolish”

What he wanted to say by the term “stay hungry” was that one should never be satisfied with what one has at the present moment because there is always a chance to make things better. The term “stay foolish” was used by him to tell everyone around that if you always feel that you are foolish enough and there is still a lot to learn in life, you will always be better than a day before. Moreover, he believed that there is no such thing as “impossible”, so just because someone hasn’t ever tried something new doesn’t mean that even you cannot.

So people don’t consider yourself erudite as the moment you create an illusion of knowing everything, your growth stops right away. Rather you must remain down to earth and feel as if you still need to learn a lot. This foolish thought of not knowing much will always help you delve into things, so your growth will be unstoppable.

Innovation is indeed the key to success and APPLE testifies it clearly:

Steve Jobs wanted to get rid of the keyboard and replace it with a multi-touch display and we all know how Apple works. He wished to have an elegant design and a simple user interface and he successfully got his vision implemented with his products. He was against the approach of Microsoft, which runs its OS on multiple platforms and so he reduced his software to run on Apple products

To sum up, he worked with a vision to have control over hardware as well as software.

Do you know that concept behind MAC is not original?

Steve Jobs had the concept of visual based OS called xerox parc and he used the same concept and produced the original MAC, though he did make enhancements to it.

3. Steve Jobs was a Zen Follower

It was only in his childhood that he came to know about his biological parents from his adoptive parents and it was this thought that kept bothering Steve Jobs and disturbed his peace of mind, and so he became a follower of Zen in order to attain peace. Since his childhood, he had given importance to peace of mind. After working with technology for a long period of time, he traveled to India for 7 months in quest of spiritual enlightenment. He often inclined himself towards meditation. He even liked walking barefoot.

Steve Jobs believed that though taking medicine is awful but if the patient requires it, it has to be given.

When Apple grew up as a company, Steve Jobs hired John Sculley and at the board meeting, he was kicked out of the company. But that’s not where Steve Jobs stopped. Rather it helped him more to grow. The heaviness of being successful was supplanted with the lightness of being a beginner. After being kicked out, he started two companies, NEXT and PIXAR. Not only this, he even found his spouse in this period. Apple purchased NEXT stock resulting in Steve Jobs’s return to Apple. The amalgam of NEXT hardware with Apple resulted in operating systems like IOS used for iPhones.

5. Steve Jobs was a Strong believer of Perfection

Jobs was a strong believer of things with perfection and if things didn’t turn up according to his expectations, he would do anything to make things meet his level of expectations which demand perfection from all its ends.

Steve Jobs rejected the prototype (made by his engineers)on the basis of its weight and when the engineers told him that it was impossible to make it small, he dropped that iPod in the aquarium. The moment that iPod touched the bottom, he could see the bubbles floating to the top. At that very moment he said that as those are air bubbles, there is space in there, and so asked his engineers to make that iPod smaller than what it was.

6. He believed that Everything Happens for a Reason

Everything that you study or learn in life would contribute in one way or the way to your success in the future. All you need to have is confidence in what you are doing. In Steve Jobs’ words, it’s all about connecting the dots and you can connect the dots only by looking backward and see what all reasons and causes have together contributed to your success. If Steve Jobs had not left college, he wouldn’t have entered the calligraphy class and so, personal computers might not have the beautiful typography they do. If he had not left college, he would have developed Apple products. A belief that the dots would connect in the future gives one confidence in what one wishes to do.

7. Steve upheld a Strong and Clear Vision throughout his Life

Steve Jobs was never trapped in the dogma of other people’s beliefs. He opined that time was less, so one should not waste it in living for someone else’s expectations. He believed that others’ opinions shouldn’t let one’s inner voice get vanished.

Therefore, a believer of such a strong mind was clear with his goals in life. From an early age of his life, he knew that he wanted to do something big in life. Where most of the people were busy collecting their pocket money, he occupied his mind with the thought of making a big and successful company.

Moreover, talking about the clarity in his goals and vision, he knew what he wanted.

After getting hold of the world of personal computers, tablets, phones, etc, he had the vision to conquer the world of televisions as well by making an easy to use television, but unfortunately, he died before he could accomplish this goal.

8. The Creative and Technical Mind, Steve Jobs, believed in Secrecy

Restrictions or walls prevailed in Apple Inc as Steve Jobs was a believer in secrecy. In the company, the programmers were not allowed to see the products. The designers were broken into small groups to work on different areas. People were fired without any prior notice on sharing the company’s secrets with anyone outside the company. The users were not allowed into the design studios.

9. Steve was not a Philanthropist

10. Steve Jobs was a Narcissist

Narcissism is what defines Steve Jobs’ personality the most as he is not at all known for his love for others but love for his own self and company. He hardly cared for others. He often used to park his car reserved for the handicapped. California has a rule that a car owner should have a plate on a new car within six months, and Steve Jobs never followed this rule as he changed his cars after every 6 months. He hardly listened to what others used to say and not every time he was right in his beliefs. There was a time in his life where he didn’t take bath for a couple of days and he thought that if he goes on a specific diet, i.e. diet of apples or carrots or any other specific fruit or vegetable, he would not stink. But it was only after a couple of days when his colleagues made him smell himself that he took bath.

11. He was Not Friendly with Media

We cannot count on Steve Jobs while talking about amiable and down to earth personalities. He was not amiable with media as he wanted to have full control of Apple’s impression on the public. Apple sued Nicholas Ciarelli for his blog, where he revealed some secrets about the upcoming Apple products.

← Prev: 5 Business Fields that have Proven to be Best since Last 50 Years Next: Clicktable - Now No Queue for Restaurant Reservation →