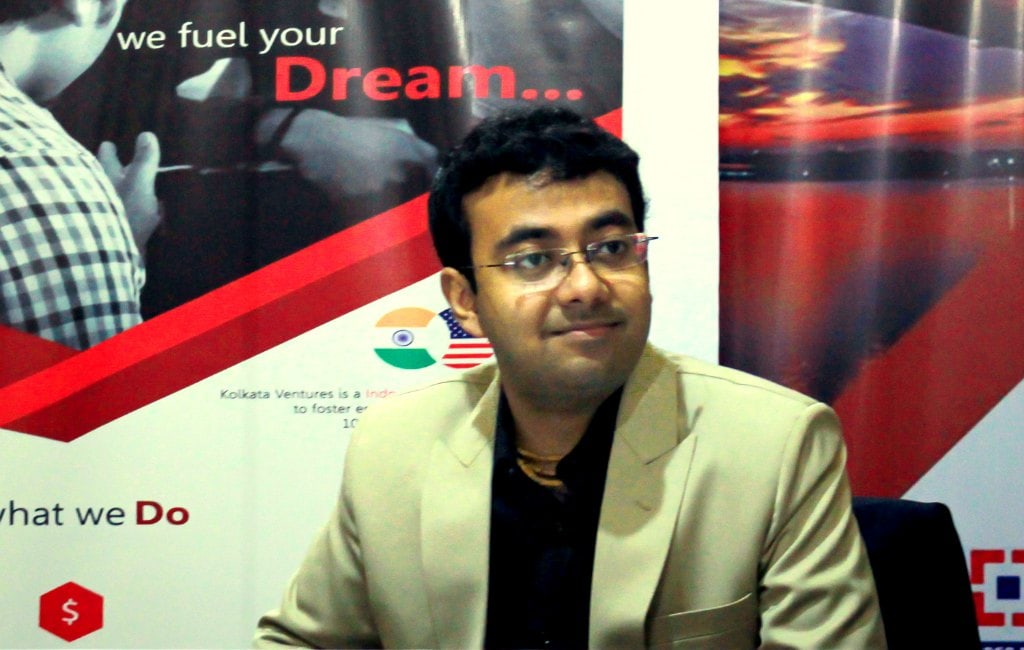 The birth of some people incorporates hopelessness, meaninglessness, and purposelessness, but some people come on earth not only to make their own life meaningful and purposeful but also to bring significant impact in others’ life. One such person of the lot is the founder of Kolkata Ventures, Avelo Roy. His alpha in the journey of entrepreneurship was at the age of 19 when he was still a student at Illinois Institute of Technology. Where people would still be oscillating between career options, he was already a millionaire by the age of 22.

Ferocious, unbending and ebullient Roy kept his ball rolling despite all the hurdles and grieves he encountered throughout his life. Avelo Roy has a kaleidoscopic personality. He has not put all his eggs in one basket. Rather he is into variegated things. Avelo Roy is a Managing Director at Kolkata Ventures, Owner and Director at ECC Engineering Pvt. Ltd., Country head at AIWA (India), Guest Lecturer at Illinois Institute of Technology, Board member at Spring Ventures, Advisor at Acumen Dynamics, and a short time instructor at IIT Kanpur.

Start without Money, Build with Clients Money and Scale with Investors Money

Avelo Roy is one such person who can be an inspiration and motivation to myriad people by his habits, beliefs, and application of those beliefs in his life. In sharing his journey with Business Alligators, we came across a lot of significant insights about his journey of entrepreneurship.

With a penchant and a strong desire for entrepreneurship, Avelo Roy embarked on his journey even before he started his first company. The threshold of his journey was when he, in his 8th grade could accumulate enough audacity and belief in him to send an email to Bill Gates, asking him to make him his business partner. His confidence and belief didn’t get waste as he even received a reply from Bill Gates saying, “Of course, maybe after few years.”

He founded his first company e-Motion with Edward Suda when he was merely 19 years old. At an early age, he could acknowledge the need of a safe social network for girls and developed a product like BFF necklace. It was a device for girls where friends could share their opinions and beliefs over messages in person and it basically helped girls and their family to have a safe private social networking experience online. It allowed people in teenage to have a communication wirelessly via necklace.

“This network of building friends all over the over helps Me.”, says Avelo Roy.

Related- Step by Step Guide to Start a Startup

The early phase of Entrepreneurship requires a devotion for long hours of work, but gradually the hours dwindle, but the responsibility of making new and maintaining old connections escalate. When he started his journey, he used for work for 18 hours a day, and that continued for quite a long time. But after a certain period of time, when one establishes a business, all a CEO has to do is staying in contact with people all over the world.

“I have very good managers who work for me. I provide guidance, strategy, and direction. And I work only four hours a day. And the rest of the day, I talk to people and roam around the country. Majorly, my time goes to Kolkata ventures, but money comes from other ventures. I respond to emails, I talk over the phone and I talk talk talk. That’s what my work is.” says Avelo Roy.

Related- Why startups of India Fail

From the beginning itself, he was quite inquisitive to know about God. After coming across his mentor Nityananda Pran Dasa, who was a happily successful and a wonderful teacher to him, he was inspired to get principles of Bhagavad Gita practice in his life. The mentor’s venture motivated him and it, indeed transformed his happiness factor. Avelo Roy recommends people to read it apply its principles in their life and then feel the difference in their life.

“I was going through the dilemma of my parents’ separation, and surprisingly I was able to survive and feel empowered to keep going forward because, in the whole Bhagavad Gita, Lord Krishna keeps inspiring Arjuna to fight and Arjuna being unwilling to fight because of dilemmas of life. Krishna’s word inspired me.”, he says

When Avelo Roy was 19 years old, his parents got separated and at the same time, financial problems aggravated his situation. At that time, his mentor helped him to come out of the dilemma by instilling a lot of confidence in him by making him believe strongly in his beliefs and practices of Bhagavad Gita. The mentor said that Krishna’s wife is Laxmi and she is the God of fortune so he does not really have to worry about anything as Krishna is his father.

“That instilled a lot of faith in me and made me realise that I don’t have to worry when my father is the richest person in the entire universe. That confidence helped me actually. My university gave me scholarship and finances worked out. I ended up building a business in the middle of that crisis. It was not the money but the mindset, instilled by Bhagavad Gita inspired me to move forward.” he says

Related- Simple Steps to Find Mentor for Your Startup

Concept of Relationships and Gift Economy

Avelo Roy gives ten times more before asking for any favour. He firmly believes that if you give someone so much respect, value, and help, then there will be no way of getting a denial in return when you ask for some sort of favour. Roy says that we all should treat every person as if he is a temple of God. He adds to it saying that if you love God, you would even love its creation.

“It’s all about trust. Relationship and trust help us grow. A healthy relation starts with respect and it is all about the gift economy idea. I at times spend a lot of time with people whom I don’t even meet after that time, but the gift of knowledge that I am giving, the relationship of loyalty becomes. “, he says passionately.

Putting trust in people easily and showing respect and value towards them make him develop healthy relationships and this is his key mantra for success.

Citing an example from his life he said that a lawyer invested an amount of $18000 in his business when he had no money for filing the patent, and lawyer’s partners called him crazy for helping the college students with no guarantee of the money coming back. But the lawyer trusted him. In 10 months, he was able to pay him back. It is simply on the basis of this trust factor, Avelo Roy now provides him with a lot of clients.

“The relation of trust which was built by the lawyer 10 years ago now gets the gift. He gifted me that trust and now I am providing him with so many clients out of whom he is making a lot of money what goes around comes around. You do something for me and someday I will return the favour, that’s how the business world works. But you give first, no matter how small you are, try to give what you can afford as a matter of respect and eventually we grow together. “, he says.

Related- How to Raise Initial Funding for Business?

Avelo Roy is a focused and down to earth person. He says that everyone in life gets stuck with grief and ire at one point of time and in such a scenario; it is advisable to use those emotions constructively.

“Make the best out of yourself. One shouldn’t waste one’s time in useless activities like mourning over what one doesn’t have. Rather one should use one’s emotions in a constructive manner and drag all those emotions towards one clear goal. In this way, one will get close to the desired goals every day.”

← Prev: 7 Ways to Earn Money for Housewives in India Next: FITNAPP - A Fitness App with 45 Activities →