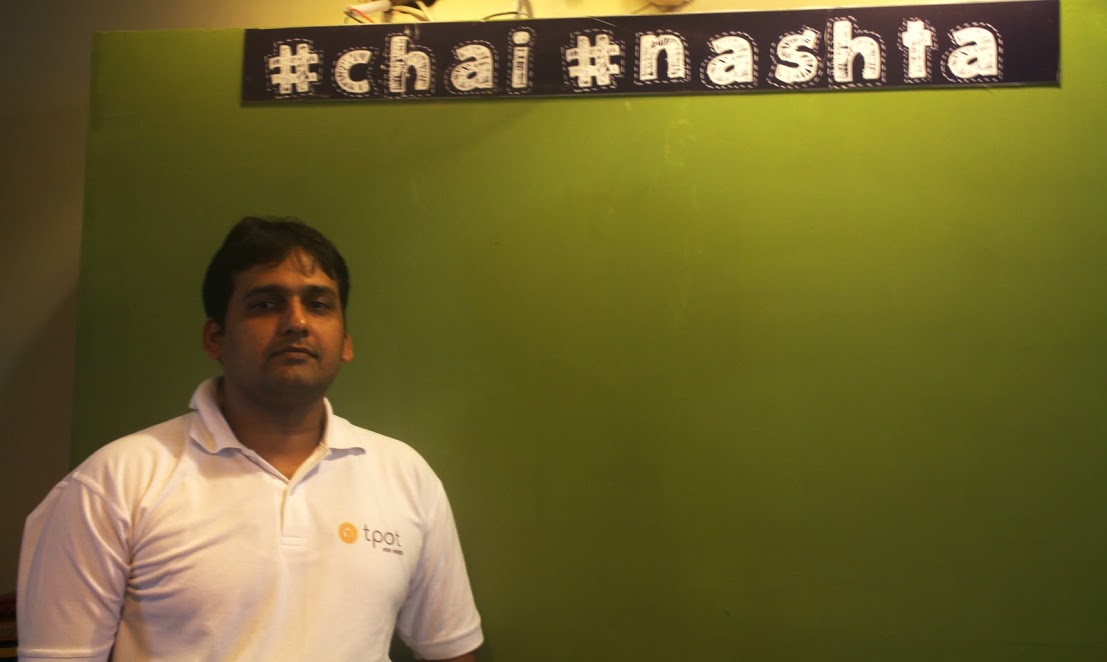 In the past few years, India has seen the rise and fall of a myriad of business startups. Some were successful enough to become billion-dollar companies, while others succumbed to the cut-throat competition.

One of the most recent food and beverage startups that have gathered many eyeballs is the Tpot Cafe which recently raised revenue of INR 6 crores and has opened 20 cafes all over Delhi.

Tpot cafe is a chai startup headed by the founder Robin Jha who supervises the venture as the chief executive and has opened outlets at promising locations like Malviya Nagar, Rajiv Chowk metro station, and T3 Airport Delhi since the past 3 years.

In an exclusive interview with the BusinessAlligators, Robin Jha shared with us his aim in the upcoming years, his views on the chai market, and the manner he looks at other big chai (tea) players in the market.

During his job at Ernst and Young (E&Y) Co. Robin interacted with young entrepreneurs. That was the most inspirational aspect for him as he was influenced by the various goals set by the young businessmen and their perseverance to accomplish these goals.

As he himself had scrutinized the idea of initiating his own entrepreneurial venture the training period only gave him the heads up.

The Story Behind Chai Nashta

Robin Jha states that “ Tpot Cafe is always about Chai Nashta” and had always been a venture “to capture the Chai Nashta market”. He claims that chai is a beverage which is consumed 8 times more than coffee and the concept of chai nashta is pretty domestic to the Indian household. Tpot has simply introduced the promising idea of chai nashta for the tea lovers in the café like setting groping the tea market in an innovative manner.

Related- How to Start a Tea Business?

The secret of the 40 varieties of the Tea

Robin Jha has a simple mantra to keep his cafes going,

You can only survive if you be Innovative.

Tpot cafe offers a wide range of variety to entice customers with a tea experience they never had before. According to Robin Jha, their hibiscus tea is one of the most popular cold tea among the customers. Robin proudly told BusinessAlligators, that they usually have a seasonal tea for every occasion; during the blazing summers, they cool down their customers with the addition of an all herb tea.

Tpot tempts its customers with a variety of teas which Robin guarantees won’t be available at any other brand or tea café, wooing the customers to visit again and again.

Robin hinted and left the team with suspense when he stated that major innovations are coming up in the upcoming months which are worth waiting for.

Robin told the team that the founders aren’t superheroes, they cannot do all the hasty stuff on their own, and hence a team is one of the most crucial aspects of any startup.

During the initial stage, Robin had two options, either to go with intellectual people who had experience in the business world or his friends who still had a lot of knowledge to acquire.

While being faced with this dilemma, the brand new entrepreneur put his faith in the latter option because he knew no matter what, friends would not only invest trust in him but also they will be a huge support system amid the tiring journey ahead.

Have erected 20 successful outlets at the exotic locations such as T3 Airport Delhi, Rajiv Chowk metro station, Malviya Nagar etc. so far and plan to take this mark to 50 by the end of the year.

Robin Jha claims that the three-year experience in the entrepreneurial world has provided him with valuable knowledge which is a contributing factor while selecting a particular location for the Tpot outlets, also the team of Robin has a well-organized scientific process which helps them selecting a promising location for their outlets. He states “Issue is not getting a location; the issue is how to identify which is the right location.” He told the team that they have a 30 pointer based system which helps them choose a particular area for their next outlet which includes, the nearest metro station, locality of a college and the number of cars passing by every day.

The most challenging aspect of any food or beverage venture is to provide the exact same taste in all the outlets of the company without compromising the quality of the items on the menu. When asked about the obstacle Jha stated that their company uses a Standard Opinion Procedure which includes 3 important ingredients, them being- procurement, process, and people.

Tpot Cafe in the Next 2 years

Tpot Cafe so far has 20 outlets and Robin aims to enhance that mark to 250-300 with outlets in at least 4-5 cities of India in the upcoming years. They have a clear aim to double their 6 crores revenue up to 12 crores by the end of the year.

Talking about his December goal of reaching 50 outlets in Delhi – National Capital Regions, Jha talked about his team with much confidence and narrated about the one vision the company has- making Tpot a widely spread network of chai nashta in the country. “I wanted each one of them {the Tpot team} to have the same vision as the co-founders have” added the CEO in the support of his grand 2 year vision.

Chai as an Ecommerce market

Claiming that chai market in India has a wide scope for any startup hoping to gain triumph in the business Jha stated “Chai was losing because it was not exciting for a lot of people” yet it is consumed 80% more than coffee and is sold in 15,000 stores across India. Therefore tea has a wide scope to dominate coffee in the coming years and has a vast possibility of becoming a successful ecommerce market in the country.

The market of chai is so recent that it is unfair to comment on the apparent rivalry among the two markets. According to Jha, the chai people never really had the luxury to go out and experience tea at varied outlets, unlike coffee. Hence, people are just getting hold of the idea of trying out tea at a myriad of tea serving cafes. As a conclusion, people have just begun to trace the difference between coffee and tea.

He claims “till the time there is no other option, people can’t really choose.” As a result, with the emergence of the tea market, people will eventually choose their beverage but now is too soon to comment. But on a concluding note Robin claimed that tea is no doubt a dominating beverage and with a market filled with various experiments over tea, it will continue to dominate coffee for a long time.

The brand only gains popularity through the market. Jha believes that marketing brings people; it is the most crucial factor in terms of entrepreneurship. But the product value is the dominating factor when it comes to the sustainability of any business venture. If the product is not good people won’t invest in it, destroying the brand altogether, he concluded “you need to create awareness, you need to create a buzzer on the button. But, on a long-term perspective, I’ll always say the product”.

According to Jha, the main challenge his company faced during the initiation of its days was the limelight tech start-ups were stealing. Jha believes that In today’s world technology has become a crucial part of our lives; hence, the tech startups are enjoying the inclination of investors as well as clients. This puts the other start-ups, pertaining to another category, in a phase of negligence, therefore, Tpot as a startup had to struggle and fight against the big tech start-ups which served as a tough battle during its essential days.

Keep doing things consistently, things may happen late. But if you keep doing it, they will certainly happen.

About the funding of the company, Robin told the team that as a start-up they wished to create something at the initial stage before looking for investors who would proudly invest large amounts of funds in the start-up without being reluctant. Hence, they fell upon their first and most promising investor, Ashish.

Word from the Wise

Robin claims that the world of entrepreneurship is for the people who are convinced and sure of themselves. He advises the younger generation to enter the business world only if they are convinced and consistent enough to pursue the tough journey ahead. He advises that being inspired is necessary but a lack of conviction for your startup is twice as hazardous as well.

← Prev: Why Startups Fail, Even After so Much Hard-Work [Video] Next: How to Reduce Startup Failure Rate? → 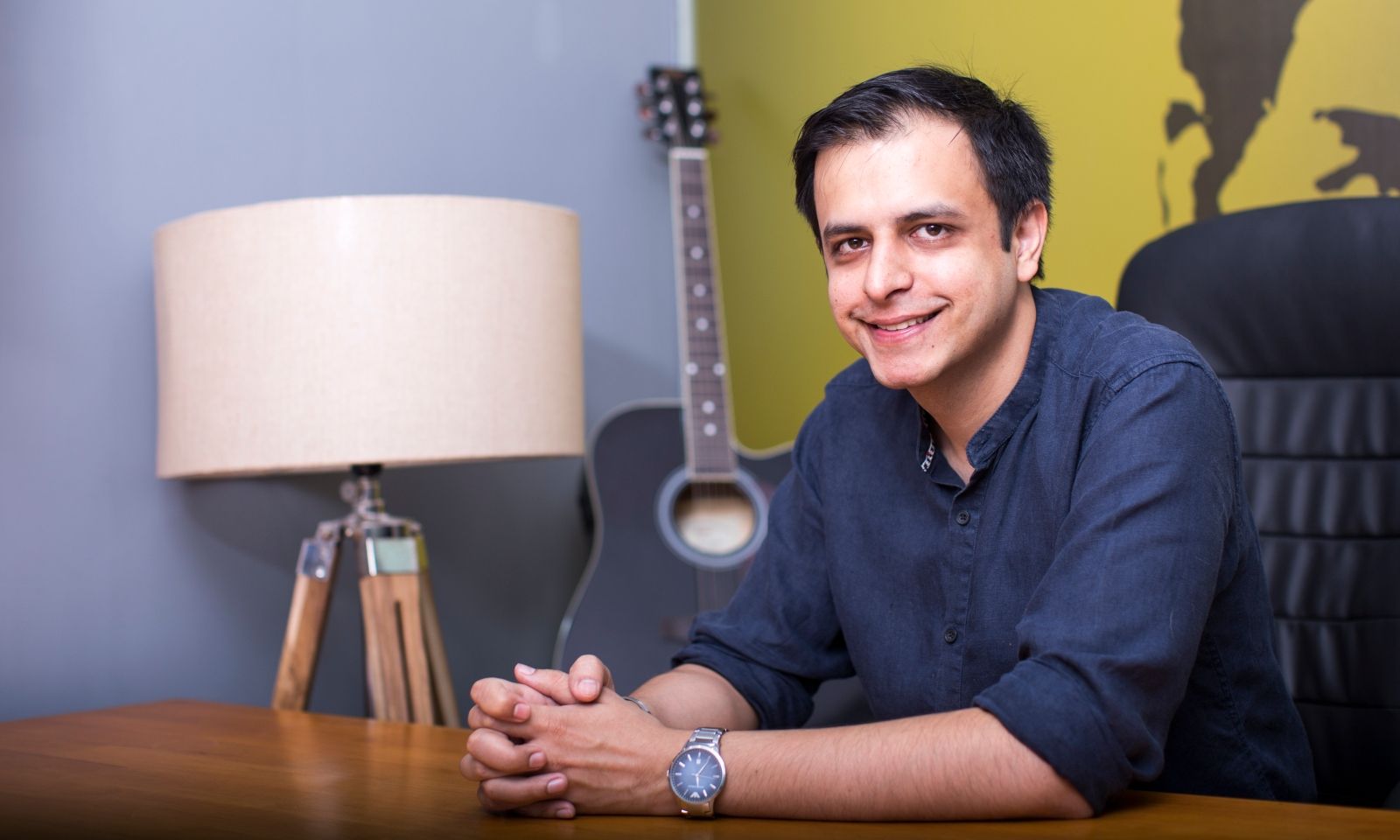 CueMath is a startup which is making mathematics easy for students by innovatively teaching them. In the process, they...