Questions a Girl need to Answer herself before entering into Entrepreneurship 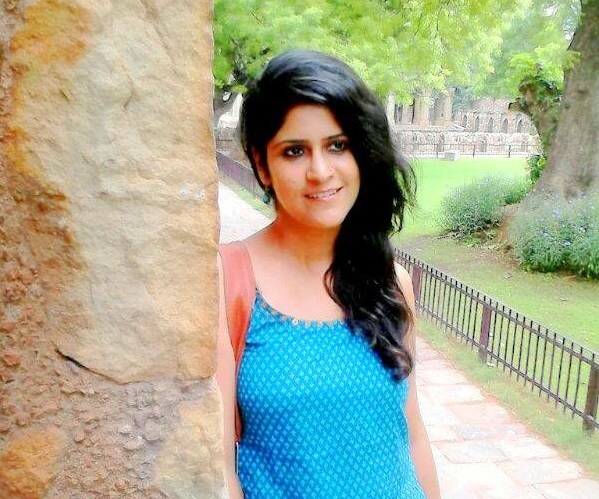 Women As Entrepreneurs-a question that does not stand in equality with Men as Entrepreneurs because the pre-conceived societal notion of considering “business” a domain of men makes women come across myriad challenges.

Come on that has to be there after all they are the breadwinners of the family and men have to be financially independent if they are to be a part of the society.

Ahhhh, now that is something that carries chaos with it. Certain questions step in. Why is it important for women to work when ultimately their ultimate goal of lives is either to become a dutiful wife or a nurturing mother? Why do women have a dream of making something big for themselves when they have their fathers or husbands to get them big things?

We are the dwellers of the society that claims to believe in “equal rights” but when it comes to practice, we automatically consider the societal norms, which are anyhow more rigid for women. We have to accede to the fact that social conformity has always been more obligatory for women and the saying of “freedom or equality” is a sheer saying but not an implementation.

However, with a change in time, women working as labourers under the male entrepreneurs have been deemed acceptable but women themselves owning a business are questionable.

No matter in whichever realm you step in, gender disparity is very much evident at every level and the field of entrepreneurship is no different in this context.

Ironically, the association of women with work outside the home is still not considered as prominent as that of men.

When we talk about the term “business” or “entrepreneurial skills”, we have a pre-conceived notion of associating it with “men”. This is nothing more than a stereotype. And for the people who claim to be beyond this stereotype, at the end comes back in the trap of patriarchy when it comes to their own daughters, wives or mothers. The very statement of being financially independent and rigid to abide by desires is not easily accepted by the society.

Now we all know that the field of entrepreneurship is not an easy one and gets a lot of challenges with it but the question is whether these challenges are same as those faced by men?

Of course No, because the treatment you receive from society is completely dependent on the gender you belong to.

Therefore, women face a lot of challenges in the domain of business but before that pop up the questions that often preoccupy their minds before getting started as entrepreneurs.

Most of the girls or women go through this question. This isn’t the only question that challenges women entrepreneur but even the ones asked by her family once she proposes her plan to start something of her own.

Family– Don’t bother yourself so much, your husband will take care of you?

Girl- Can’t I take care of myself?

Family- Why do you have to start a business when ultimately you have to take care of your family?

Girl- Am I not allowed to live for my dreams.

Family- What if your family needs you and you are busy in your work?

Girl- Why can’t my husband play my part at that time when he is my better half?

Family- What if your in-laws don’t agree with you taking this business further?

Girl- Why won’t they when they can allow their son for the same.

Family- Think of your family first and take up a small job to keeps yourself occupied.

Girl- Why a small job? I have big dreams and my career is not a mere timepass. I want to succeed not to keep myself occupied but to make use of my potential.

Family- You don’t have to be the breadwinner of the family. Then why business?

Girl- Why can’t I contribute equally in finances as my husband or brother?

Our individuality is getting lost in abiding by the social norms and we are becoming not what we want to but what our society wants. In order to meet the expectations of the society. In this society, going beyond the conventions is a big issue, especially when you are a woman.

Work-life balance is more challenging for women than men as men coming late at home is acceptable, they going out for business trips is considered normal as their work demands but when the same situation comes to women, things turn upside down because family and household chores are thought to be women’s utmost priority.

A woman’s total involvement in a family leaves little and no energy to devote her time to her business. Moreover, support from family, especially fathers and husbands play a necessary condition for women’s entry into the field of business

Related- What Made Shahnaz Husain Successful

We have a thought-process where a woman’s career is either a way to keep her busy or a way to be enough educated to give good education to children. But do we have the same mindset for a man’s career?

“Ahh Girl Come on, live according to your capabilities and don’t try to step in the male domain as no one would guide you because you are a weak sex”

Due to the lack of trust in women’s abilities, they find it hard to have mentors to show them the direction.

Lack of mentors or advisors often hampers professional growth and this paucity is what most women have to go through. As business world is dominated by men, it is challenging and hard for women to blaze their own path.

Women entrepreneurs have to face a stiff competition for marketing their products with both organised sector and their male counterparts due to the lack of money. In other words, they fail to have an appropriate organisational set-up as they lack behind the finances and so meet a failure in terms of advertising and canvassing. In such a scenario, guidance is prominent.

Women entrepreneurs are tormented with the paucity of finance on two grounds. Firstly, their access to external sources of funds is limited as most of the women don’t have property on their name to use it to get external funds. Secondly, the lack of trust people bestows on women considering that they might leave the business at any point of time because of the responsibilities and duties she has to fulfil.

When it comes to women, it is ironical to say that parents or families still think twice before investing their money in their daughters or daughters-in-law. Rather than investing in their career, people still uphold the thought process of investing money in.

Even the investors don’t show much trust in female entrepreneurs as even they are bred in the society where women are often deemed weak, emotional and inferior to men. Traditional gender expectations prevail all over. Being a wife and mother along with a business woman has a lot of conventional expectations associated with it.

You are a girl and you belong to your husband. You cannot be in a domain where people consider you an eye-candy…. No wonder your business might fail easily as employees won’t take you seriously because their head would be a girl.

Our society has a thought process where “teaching jobs” are considered perfect for women as with such a job she can easily balance her work and family. Hardly women are given the exposure of career options and limited options are offered to her so that she lives within the constraints of the society.”Academic courses” are often deemed perfect for women and “Professional courses” for men.

Considered the “sex-object”, she is often objectified, exploited and not easily trusted.

An anxiety whether the employees would listen to her, in the same manner, they would to a male entrepreneur.

In case working in partnership with a male, would her husband and in-laws allow me to continue with my work?

Society is often judgmental when it comes to women and whether you talk about their dress-up or her way of carrying a discourse or her interaction with men. A woman is often answerable to the society.

A lot of exercises embodied in starting an enterprise along with the official abased attitude towards them induce them to abandon their idea to start an enterprise.

Don’t expect us to support you if you don’t succeed. If you don’t prove yourself within a Year, we will look a guy for you and send you off.

If men fail, they will be supported by family in every manner telling them that they have to be financially sound before marriage and in the case of women, they are told to take up a job quickly if he wants, else her husband will look after her.

Fear of failure is a matter of concern for women entrepreneurs because your treatment in the field of entrepreneurship is contingent on your gender. The actuality is the fact that till the time you are successful, everyone will praise you, but the moment you get the failure you meet all the derogatory taunts. Though this is true for both men and women but when you are a woman things automatically get aggravate for you because the word “woman” itself is associated with a lot of stereotypical responsibilities.

A step into the business world often makes women apprehensive of thinking about the loss as she knows that in the case of loss she might either be degraded for stepping into the field or might be induced to finish off the business and handle the homely duties.

In India, women live in a protected environment and their upbringing is such where they seek for permission for their life. This leads to the reduction in their abilities to take risk involved running a business. In such a situation, the fear of failure hampers women to start something of their own.

← Prev: Top 10 Businessmen who Conquered the World without Professional Education Next: What successful people do in Common? →