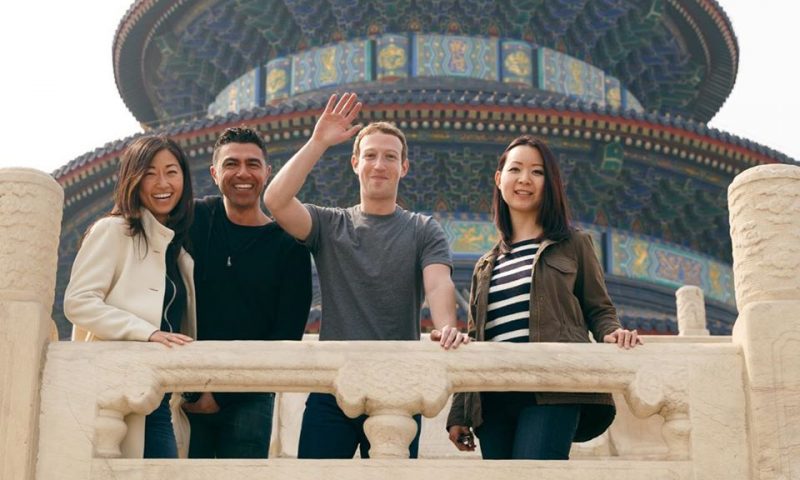 The youngest billionaire in the world, Mark Zuckerberg has stayed remarkably focussed on two things, Facebook and being the boss of Facebook. According to Zuckerberg,” Building a mission and building a business go hand in hand.” He made his transition from a start-up CEO to a corporate CEO. He didn’t achieve success without errors and wanted his employees to correct him in public.”I like openness”, he said, “It’s a little embarrassing, but it’s good to have it.”

Here are few things that we can learn from Zuckerberg’s secret of success and then who knows maybe you too achieve the ladders of success like him.

One of the most important things that Zuckerberg said, he tries to do on a daily basis is to use his time meticulously. He uses his time proactively rather than reactively. Though there would be myriad things to do in life but it is your responsibility to be acquainted of what you want to accomplish each day. It is imperative for an entrepreneur to be proactive. Time management is a highly important secret of success that made Mark achieve so much of success and fame.

Zuckerberg challenges himself every year in a unique way to bring in more proficiency to his abilities. This is one way, he tries to bring betterment whilst questing his own self. This is not a dissatisfaction from a person’s own abilities, but a way to polish them and bring out the best.

3. Stick to your Passion

Everyone loves the success story of Zuckerberg but only few will give a thought to the fact that he dropped out of college just to make sure his passion never dies. This manifest sacrifice enabled him to achieve his dream. He was a programming enthusiast from childhood and he stuck to his passion. Undying attitude is a fundamental key to building a billion-dollar business from scratch

Zuckerberg is famous for saying, “Find that thing you are super passionate about. Numerous founding principles of Facebook are that if people have access to more information and are more connected, it will make the world better; people will have more understanding, more empathy. That is the guiding principle for me.”

Even today his friends and colleagues find him writing codes on weekends and holidays. It takes gruelling, hard work to be a success, especially in the tech world, where long hours are the norm for pretty much everyone. In such a situation if at all you don’t love the work, you will be torturing yourself to get there.

4. Focus on One Thing

Multitasking is one of the worst things as multi- taskers are terrible at every aspect of multitasking. If you don’t direct your focus in one direction, you will regard impulses and distraction, which would make you lose your cognitive control. It is only with the ability of to focus and manage yourself amidst the rising tides of tasks, distractions, and ideas that will set you apart. To Zuckerberg, if you allow yourself to have more than one focus, you have already accepted the probability of mediocrity. Facebook could withstand Google because Zuckerberg focussed on fulfilling Facebook’s mission. “The thing I really care about is the mission; making the world open”, he said. He made his focus ruthless because he was well acquainted with the fact that diversified efforts yield minimal results and concentrated efforts yield maximum results.

Napoleon Hill said, “Desire is the starting point of all achievements.”

Mark Zuckerberg did not emerge from blues to become a billionaire. Mark’s secret of success was that he had a dream. Some people think that he built Facebook with just a snap of fingers. His success is not an overnight one. His journey to success began as a dream. He had a desire for which he was willing to sacrifice all for. So if you really want to be as successful as Mark Zuckerberg, you have to start with your desire.

Not many believe that their college dorm side project will turn into one of the biggest sites on the internet. If you don’t dream big, you will never achieve your goals.

Robert Kiyosaki said, “In today’s rapidly changing world, the people who are not taking risks are the risk takers.”

Entrepreneurship is all about taking risks. No entrepreneur ever became successful without undertaking a risk. From dropping out of the college to confronting Google, Zuckerberg also took risks in life and this secret of Zuckerberg that played an integral role in success. If one has to jump a stream and knows how wide it is, he will not jump. But if one doesn’t know how wide it is, he will jump and six times out of ten, he will make it. Risk taking is essential to business growth.

Zuckerberg said,” So many businesses get worried about looking like they make a mistake, they become afraid to take any risk.”

Remember when Facebook Newsfeed first launched? Everyone hated it. The backlash upset many Facebook users. Instead of returning to the way they were, Zuckerberg stood to his ground. Today, Newsfeed is one of the most important Facebook features.

Editorial Staff at BusinessAlligators is a team of business experts led by Lokesh Tanwar. Trusted by over 100K readers worldwide.

Mark Zuckerberg and his Passion

Do Businessmen Work for Money?