Chai Thela – A Journey from IIT to Selling Tea 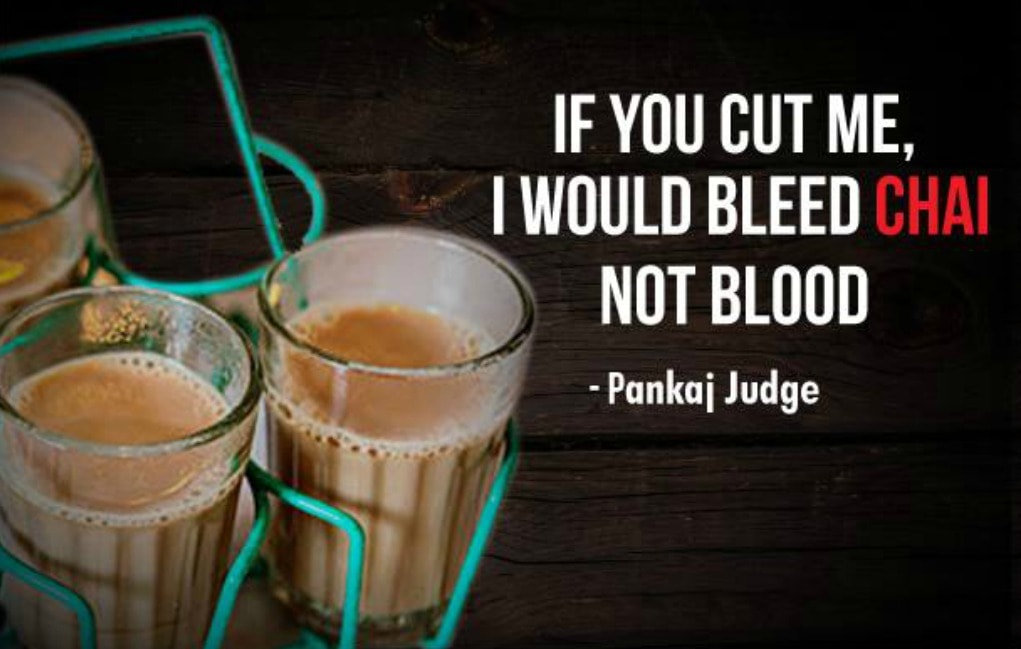 Nothing seems better than a nice cup of tea after a tiresome day. In the recent years, our beloved beverage, ‘chai’ has seen a lot of transformation and the concept of selling tea has been revolutionized and commercialized in a manner none of us could have imagined five to ten years ago. Tea businesses are no longer confined to roadside stalls/ thelas, which somehow were unhygienic.

Many young minds have brainstormed their way into finding the formula for the perfect cup of tea, served in the perfect manner, in a place people wouldn’t mind visiting every other day with several tea cafes sprouting in the nearby mall or in the multiplex just down the street. Some failed, some made a mark but few reached where no one expected them to. One such person will be Mr. Pankaj Judge, an IIT Kharagpur alumnus and the founder of Chai Thela.

What sets Chai Thela apart is that it strikes the right chords at the right time. The roadside tea vendor market that remained unexploited has now been revolutionized all thanks to one man who won’t take no for an answer.

The story of Chai Thela has more plot twists than any mainstream Bollywood flick. Preceded by a couple of failed business ventures, Chai Thela has managed to set up 8 outlets in NCR and planning to setup 8 more outlets within next few months.

A conversation with Pankaj gave us an insight of how the trajectory of the growth of Chai Thela was a slow but steady journey and how it taught him the intricacies of life and entrepreneurship.

Related- How to Start a Chai Business

He recalls the immense pressure he was under while coming up with the concept of these tea kiosks, which you may soon get to see at a mall near you or maybe at the airport the next time you board a flight. According to Pankaj, his initial funding came from friends who had enormous faith in his abilities.

The constant doubt, that his dream was subjected to, brought with its times of great stress in all the stages during which his wife Shweta Chowdhary Judge acted as a pillar of support throughout the journey of converting his critics into his fans. Initial days were filled with struggle and frustration and in Pankaj’s words,

Being a very down to earth person with a few not so successful business ventures in his pocket, the strategy opted by him was to be patient and keep all the tantrums in his pocket.

Before Chai Thela, he had started a company called Jiyo India in the city of joy Kolkata. The USP of Jiyo India was selling healthy snacks in different corporate through quick service restaurant. It was conceptualized based on healthy subs maker Subway. Also, Indians like grilled sandwiches rather than subs. He realized the gap in the market and consumers and he founded his first startup. Undoubting the idea of his first startup was superb, though it failed. After asking him what were the concrete reason behind his failure, Pankaj shares –

Setting up an outlet like Subway needs a huge amount of capital as well a large-scale market to survive.

When asked about reasons for the startup’s shut down, Pankaj said that it was a huge idea but no investors, as well as the market for grilled healthy sandwiches, were actually not there. Adding to which he was left alone in that business as his co-founder walks away from him in this hard time.

At the age of 28, Pankaj Judge dragged the shutters downs of his first startup. On the other hand, just after 25 days, he was getting married with zero balance in his account. Failure is the best pedagogue life can ever have, for him, it came as the downfall of his first startup from where he learned the various facets of being new to a market and starting a business.

He recalls that initially not a lot of people found the concept of Chai Thela to be classy enough; the opposition faced was massive and sometimes even tricked him into thinking that it might ultimately not be good enough. There were relatives who were somehow reluctant to see the admired IITian sell Chai. But, 10 months later, Pankaj shares with us his vision of opening 100+ outlets by 2018 and to be seen in 6 major cities as a place people would rush to for a cup of hot chai served on a platter of hopes.

Pankaj Judge has managed to raise Rs 1.5Cr for his dream from Quarizon Venture. This was possible because of the extended support from the alumina network back in his IIT days.

The story began when, a friend Prasoon from IIT Roorkee, who himself is the founder of Sattviko, added Pankaj to a WhatsApp group where he gained his investors and also some faith on his concept. His few close friends Peeyush Bhardwaj, Taranjeet Sapra and Bisneet Singh supported his venture to stand up and now the stakeholders of Chai Thela.

Recollecting and reflecting on his journey of being an entrepreneur, the only advice Pankaj has to offer is to dream big but be sure of what you are getting into before you do. The glamorous part of being an entrepreneur is preceded by struggle, excessive stress, disorientation and plenty of self-doubts but the success that follows is sweet and leaves you craving for more. Success makes the struggle worth it all!

Now the father of a beautiful daughter whose birth was accompanied by the first investment of Chai Thela, Pankaj, is confident as ever. Being smart enough to realize the potential of the tea market in India, he has surely used it to his advantage and battled through all odds to reach a vantage point from where his dream appears clearer.

An avid reader, a movie buff and a believer of the philosophy “A Penny Saved is a Penny Earned” Pankaj is surely an idol for hundreds of people who aspire to reach where he is today.

Few favorite books of Pankaj are-