What is Truecaller? Success Story of a Mobile App 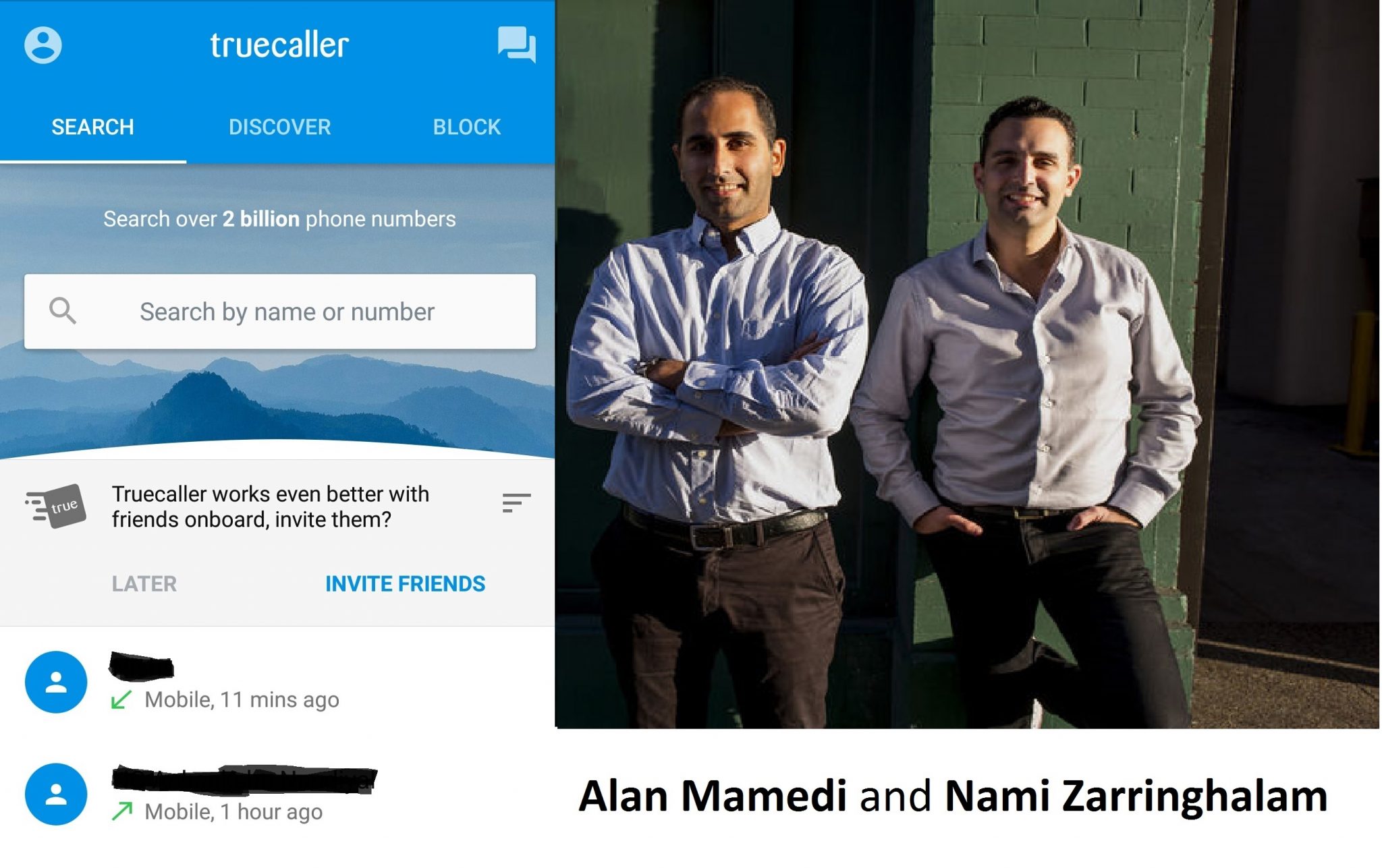 What is Truecaller? In 2011-12, this was one of the biggest hyped questions everyone was wondering of. At that time Truecaller app was the magical solution appeared in the telecom world which could track an unknown mobile caller’s identity. If you go on the literal meaning of its name, it will automatically reveal the true meaning of it. True Caller! The true identity of the caller.

Truecaller is a story of a successful start-up app which made our techno-savvy life a lot much easier. Mobile revolution was life changing; but it also came up with new problems like unknown mobile numbers identification, spam calls, unwanted call or privacy/security concern. Everyone was wanted to get rid of the problem of unknown number identification and spam calls. Even at that time, there was no concept of global phone directory for mobile numbers. Need is the mother of invention, so the Truecaller founded.

Founded in 2009 by Nami Zarringhala and Alan Mamedi, Initially, truecaller was launched for Blackberry. It is a global phone directory for mobile communications. Upgrading its skill to a higher level, it also provides security and privacy.Truecaller makes your life easier by identifying spam calls, Block calls, block texts, names of unsaved contact numbers, and also report fraud and other unwanted calls. It is available on the web as well as you can download Truecaller app on iPhone, Windows, Blackberry, android and Symbian phone.

Truecaller is a global phone directory that covers Landlines, mobiles and even prepaid phone numbers and fits into your pocket.

The foundation story of Truecaller starts with our old concepts of phone books and yellow pages. At the time of base phone, it was very easy to any person to search a contact in the phone book and to get connected to that specific person. All the contacts and important information were registered in phonebooks or you can say white or yellow pages. But then mobile era had risen up and sooner or later the scenario was changed completely. The base phone became outdated and so the phone book directory concept. The luxury of finding people’s contact details had gone. The problems did not stopped here only but it multiplied as privacy issues like spam and fraud calls also increased with no bound. There was no way to find a fast and easy solution to identify the unknown caller at that time.

Nami Zarringhalam and Alan Namedi were students of Royal Institutes of Technology of batch 2006, Sweden. Both of them were fond of mobile technology and always thought of taking their cell phone experience to greater level.

They prepared a research project and developed an online global directory. This online global directory initially used to search mobile numbers of all missed calls which can be possibly from the family and friends of them. To prepare the database for the app, they collected data from the national phone directory. At the beginning, it was started on a very small level. This is the story of Truecaller before the era of App store. The Blackberry users were facilitated to use this global directory facility.

We wished it were easier to look upon phone numbers for missed calls we received from our relatives living abroad and from our customers calling us at our previous job.

Truecaller is a mobile app also run on the website let you search people anywhere in the world by name or number. Because it recognises your networks and you can search for a person’s contact even if you are not aware of his last name. It will let you maintain your profile on its network associated with your phone number and provide recommendations for people to connect with via the Truecaller network. Unwanted call blocking, spam calls, shared connection, a large set of contact database these are the most shining features and functionality of this app.

Do you know, Truecaller was started much before the era of app store revolution? Yes, you heard it right. The story of Truecaller starts a long before the globe knows about the mobile apps. Alan and Nami, collected crowd sourced data and opened its own API to a selected group of developers. Initially, it had countable numbers of contacts as compared to today which is more than a billion as of the date and its users increased to more than 2 billion. How it became dramatically successful? The success lies in Truecaller’s business model. The service tagline of Truecaller is to get rid of unknown numbers and also increase the network of contact for its users. Because it recognises your social network, it can recognise your interest areas contacts. This idea looked exciting for the mobile users, especially in Middle East, Asia and European countries. Once you get addicted to this app, it will introduce you its premium plan. The second most important revenue generation comes from the big users. Truecaller sells its data to big companies which might find it very useful for the business purpose. For example, airline Industries may require contacts to improve its customer support. As API of Truecaller is limited, every company aligns to Truecaller to access its database.

At first, these moves seem very simple, but its results turn out to be tremendously successful. Facebook and twitter likes increased by 120 percent a month and hit Google play rating to 4.3 ratings.

Truecaller is a story of good things happened to a start up. But it also faced some downfalls. In July 2013, Truecaller got hacked by Syrian Electronic army. It was one of the biggest hacking crisis in the history of hacking. The hacktivist openly released the news posting a tweet on twitter –

Sorry @Truecaller, we needed your database, thank you for it.

Not only the tweet, have they released some pictures of details showing information of some users. The Syrian electronic army also declared that over 600GB of hacked data has been sent to the Syrian government. They claimed to hack 7 database servers of the company. Not only this, they also tried to access Facebook, Gmail and others account linked to Truecaller. The reason behind this database hacking was outdated word press version used on the Truecaller website.

The way Truecaller collects information can be a bit object ables for some of the people. Any person who uses Truecaller app, its contact got uploaded to Truecaller database. Surprisingly, it stores your data without even knowing you and in return, you cannot even object to the company. But at the same time, you can delete your information from its database. It gives you that facility.

Usually, you will think what will happen when someone from any corner of the world can get your information? Well, we all know that the data on the internet is vulnerable. You should know that Even Apple’s iCloud got hacked which one of the most famous storage provider on the internet in the world. Even celebrities’ pictures got hacked. Snapchat encountered the hacking incident too and 4.6 million users got affected. In short, I would like to add that, security is very thin when it comes to internet mode.

The idea and the USP of this app made it one of the successful startups. But it also has competitors, who are trying to drag it down. Basically, who are the true competitors of Truecaller? Let’s see!

Recently in 2015, Facebook, launched Hello app, a true Truecaller competitor with Nifty Extras. It is online. It comes with the sum of extra features extra than Facebook. This app can be sync with your Facebook account. It not only provides caller information but the Nifty details. This will enable you to see the Caller’s Facebook account, birthday, place etc. One more addition to this app is you can search for places and people near you very efficiently; a unique feature which is not available in Truecaller app!

← Prev: What Successful People Do from Morning to Evening? Next: Advantages and Disadvantages of Make in India →