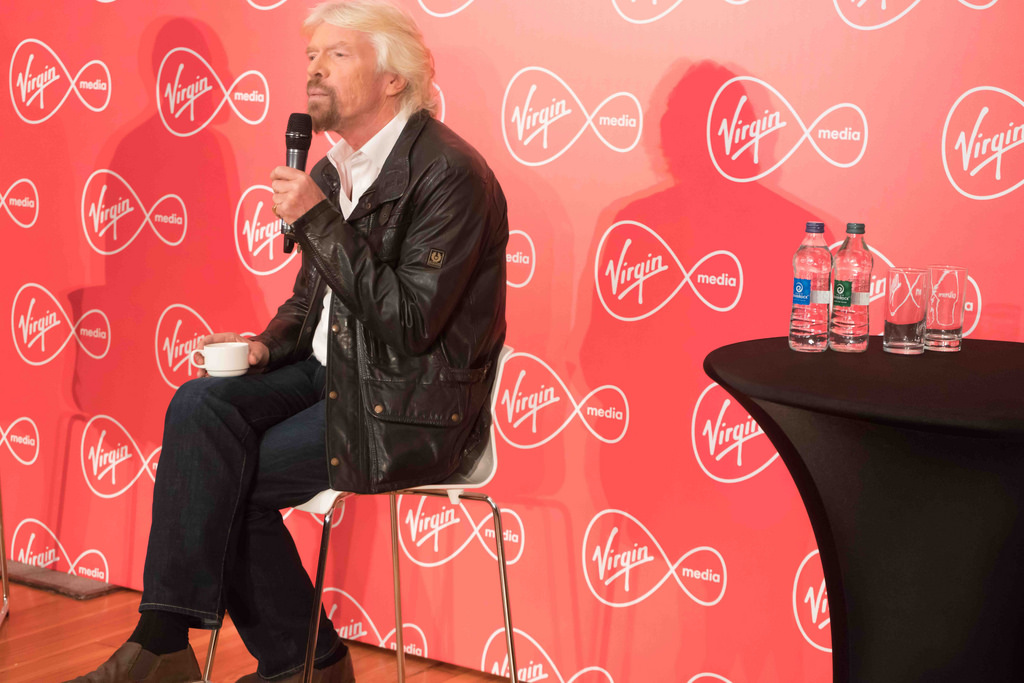 A 15-year-old dyslexic boy who could not read or write struggled his way through the cutthroat competition and became one of the most sought after leader and entrepreneur. That entrepreneur today is known as Sir Richard Branson. Branson owns around 400 companies under the name of Virgin Group, few of them being one of their kind and highly successful. So how exactly do you think a dyslexic British teenager became conspicuous in public and why is he disparate from other business tycoons.

Richard Branson believes in Having Fun in Business

While many entrepreneurs think that a business must generate revenues, therefore, they prefer to keep their enterprises under a profuse amount of pressure, on the contrary, Branson postulates that a business must be fun to indulge in and this is one the best quality of Richard Branson. Branson has introduced a legion of businesses, and he presumes that a business must exercise one’s creative instincts. Branson is known to run his companies not for its revenue collection but for the creativity it provides. While many entrepreneurs start a business to motivate money, Branson argues that if a business is started for money purposes, it is not good. He thinks one should not indulge in a business at all if it is for money making purpose only.

Richard Branson has a Secret Weapon

No, I am not talking about a sword or a knife, Sir Branson’s secret weapon is his tiny notebook. What makes him different from other entrepreneurs is his “notebook”. He carries a notebook wherever he goes so that he could jot down various ideas and suggestions provided by customers as well as the office staff he meets on daily basis. He stated that due to his dyslexia, as a teenager, he made it a habit to write down important points and ideas in his notebook so that it would be easier for him to remember them, since then Branson has been noting down all his innovative ideas in this little notebook, he thinks of this book as his secret weapon in the business world.

Richard Branson does Not Do Everything Alone

Most of the entrepreneurs believe that they can handle the paramount number of company chores on their own. They devote all of their time towards their company and neglect their loved ones. On the other hand, Sir Branson understands that a jack of many trades can never be the master of one. In his opinion, the art of delegation is essential for an entrepreneur to master. According to him, a successful entrepreneur knows that he cannot surpass each and every facet of his enterprise. Branson understands that his company requires individuals from various fields to achieve success.

Hence Branson stands different from other entrepreneurs because he prefers not being a Do It Yourself and trusts his delegation towards the road to success.

Screw it, let’s just do it

It is one of the most frequent and favourite quotes of Sir Branson. He believes that any idea can be converted into reality if you believe in it, and work hard for it. In Branson’s opinion, a business can only become successful if you do not give up on it until it provides the desired fruit. “Screw it lets just do it” reflects Branson’s tendency to take risks and believe in varied and unique business idea. Perhaps that is the reason he became the billionaire he is today. Also, Branson has earned the nickname ‘Dr .Yes’ among his colleagues as he is open to avant-garde things as Branson never shies away from experimenting with business ideas and investing funds on it. It cannot be denied that Branson’s audacious attitude and innovative tendency highlight shim among another business magnate, who customarily are reluctant to do something in their lives.

Richard Branson works for the people

There has been a lot of people who intend to get into entrepreneurship but are self-oriented and that is the reason why they meet failures and fail to grow as an entrepreneur is always selfless and works for people. Sir Branson as an entrepreneur has always been known as a man who initiates a business for the welfare of the society. He started Virgin Atlantic because he thought that British Airways did not provide people with the service they deserve. Branson stands out as an entrepreneur because he is passionate about the betterment of the society through his companies. Whatever he does, it is from the heart. His passion for the people stimulates his commitment to the enterprises he indulges himself into.

Just like other entrepreneurs, Sir Branson uses media as well as various campaigns to promote his brands and companies. But unlike other magnates, Branson becomes a part of them. Branson believes in being visible, according to him, one can only market a company by putting himself in front of the cameras. He thinks it is cheaper than another form of commercialization and attracts a lot more attention than the TV ads. Sometimes, his publicity stunts fail miserably (the bungee jumping stint in 2007), but he never loses his vigour and enthusiasm to promote his brands and companies to the public.

Environment is his Priority

In Branson’s opinion business can drive change in the world. Richard Branson is an entrepreneur who believes that the modern age of capitalism must focus on the welfare of the environment. In 2006 Branson pledged to invest the profits of his Airline and railway business for the development of renewable fuels. Branson has been working on the prosperity of the environment for the last decade. He has initiated fund raisings and donated money and technology for the protection of the atmosphere. In addition, Branson has introduced projects like Virgin Green Fund to promote the security of the environment.

Mark Zuckerberg and his Passion