Chaisa – A Rahul Mundra Story (I Am Not Average) 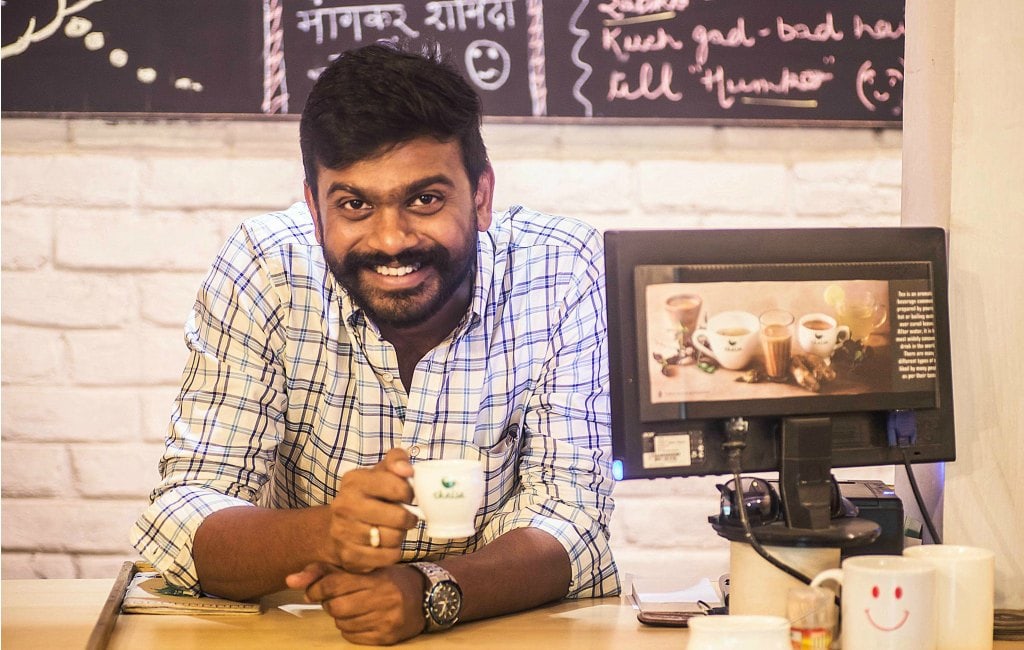 Rahul Mundra is the founder of Chaisa, a chai startup who are making best Chai/ Tea of Jaipur. Chaisa is among India’s top 10 Chai startups. Rahul belongs to Beawar, a small district in Rajasthan. Just after completing his schooling, he left his native place and tried for an engineering degree. But luck failed him here and he joined B.Com Course and started preparing for CA. Rahul was always an average student, he never failed in the exam but at the same time getting a good score to qualify was tough for him. To fulfill his and his family’s needs, He started doing Job in Pharmacy sector after his MBA; First, at Vardhman Health Specialist and later he joined Core Life India Pvt limited. But Food industry business was the first dream of Rahul Mundra.

I was never failed and never passed. The Institute tried to realize me that I am an average person, but I was never ready to accept it.

Chaisa, a Chai Startup of the pink city of India, Jaipur is founded by Rahul Mundra. The name Chai- Sa, itself describes that this tea café is purely inspired by the Culture of Rajasthan as Sa is used to show the respect to the elderly person in this city. Chaisa was officially started in July 2012 and its first café was opened on 25th September 2012. When it was started in 2012, it was the 2nd Café of tea in the city.

“Tea Business was in my mind since the days of MBA.” – Rahul Shares.

According to Rahul, at the time when Chaisa started, there were no tea café where people can go to drink just tea. Despite being the most famous drink of the country, people did not have a sophisticated place to drink tea, where they can sit with family or friends, chat and drink tea with proper comfort. Nobody goes to a restaurant to drink tea. From here the idea clicked in his mind and he started Chaisa. Rahul opened his first cafe in Lal Kothi, Jaipur which is an educational hub of the city.

“People of India when wakes up need tea. It is not for of classes, but for masses and also Tea is pocket-friendly drink and can be afforded by everyone.” – Added Rahul Mundra.

In short, Rahul analyzed the market of tea and the need of tea of people. Tea was already the most famous drink among the masses, what he added were the place and the comfort. Chaisa was opened in the most crowded and the educational of Jaipur. He chooses the best place also. And from here Rahul started to shine in the Tea industry.

Related- How to start a Chai Cafe

How Chaisa got its initial Funding?

Chaisa is the thought and innovation of Rahul Mundra, but it is supported by the group of 6 people. Chaisa got its initial funding from its core 6 Directors–

All of them are running their business somewhere in India and abroad. Shreya is the family friend of Rahul who supported him in building of Chaisa in initial days. It can be said that the funding of Chaisa was totally private funding, it was not got funded from investment companies. The 6 directors put their savings into the Chai startup business. All the directors are not only investors but also the profit partners of Chaisa along with Rahul Mundra.

“Everybody is the partner and the directors too. But operationally from the tap of a bathroom to what will be served in the menu is decided by me.” – Said Rahul

Initially, the cost to run the tea cafe business for one year was 25-30 lakhs of rupees. This money was invested in two parts. At the beginning, Chaisa started with 17-18 Lakhs and after 6 months they invested the second part of the fund. This is the part of a good strategy of Chaisa foundation. They kept money in savings also.

On the question of further extensions of Chaisa, Rahul said it will happen at the right time. They are preparing themselves for the further challenges which will come after the next venture findings. Chaisa will expand in metro cities like Delhi in the coming future.

“When you are well to do yourself, do not go further. Be prepared for challenges before expanding it. Standardise your product first.” – Confessed Rahul.

Rahul is working with the same people with whom he started Chaisa. Right now he has a team of 15 people. The team never 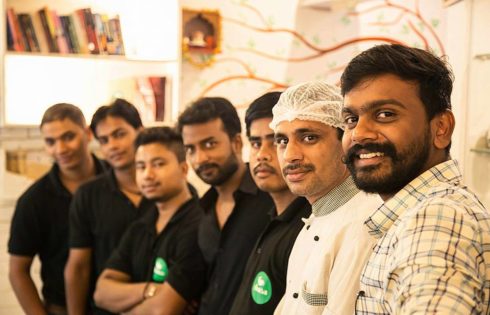 separated from him until there is no any life challenging issues. The most important power which drives the team is the authority.

“Chaisa does not belong to me or anyone else. It belongs to anyone who works here. Authority let you enjoy your work.” – stated Rahul.

If you poke the team in their work and restrict them in their creativity, the business will suffer. Rahul bonded the staffs in one family and the team was so supportive that when Chaisa was in trouble, the staffs were standing with it. They were not drawing the salary in its bad phase.

The menu of Chaisa is very simple and follows the authentic taste of Jaipur. As of now total 30 varieties of Chai are on their menu. There is not much experiment in tea taste; the reason behind this is, people in India are very particular about their taste. Follow the traditional taste is the mantra of Rahul Mundra. Adrak Ilayachi Masala chai and Pudina wali chai are the uniqueness in the menu.

Rahul says- “The menu will be extended based on the place and taste of people because the menu of your café must be accepted by the people.”

To maintain the taste of ghar ki chai, Rahul ensures to use homemade masala in the chai. Also, they calculate the brewing time of tea to ensure the taste.

“The process of making tea is same for all, but what makes them different is their brewing time.”- Shares his secret of different taste of teas in his café.

Every entrepreneur has to be ready to face the struggle especially the initial days of Startup. Not everything happens as you plan it to happens in life or in business. Chaisa was started in September 2012 and started off well with some assumptions and anticipations. Rahul and his team also started with some targeting figures of revenues, but they failed to reach it in the first year of their business. This was the bad time of Chai startup Chaisa.

It was 10 months had gone since I started Chaisa and things did not happen as it was planned and I was sitting in my café and asking myself – did I choose the wrong path?

He added that he had no other option to go back. As he left his job and put all his savings at risks. There was a time when Rahul had no money to pay his staffs’ salary and he requested them to have money as much as they require running their life. The staffs and team of Chaisa supported him tremendously. There was a lot of reason behind of Chaisa initial loss. One of the important reasons was the location of café. And disturbing people who poked them to shut down the business and start a completely new business.

Even the anticipated sales of Chai were not up to the mark.

“The actual sales were 50%- 60% of the assumed sales in the starting of business and it is the big difference to give a downfall in business.”- Confessed the Chaisa founder.

Rahul who himself is a marketing person believes that the public relation is the soul of whole marketing strategy. Chaisa got its most of the customer base from references. It is very astonishing that without any digital marketing, they have the most famous tea café of Jaipur. And the second key factor is the quality. If you deliver the good tea, there can be no other barriers.

“You cannot bring forcefully bring customers to your café. It is your quality of product and patience that brings them back. Whoever comes to Chaisa is my friend and I talk to him like that.” – Suggests Rahul.

Also, the patience pays off. Things never happened in a fast forward way. Initially, Rahul calculated 6 months to stable his chai business but actually, it took almost 1.2 years to stable. Work towards to stable your business rather than to expand it in initial days was the key mantra for Chaisa success.

Why entrepreneurship rather than a job?

Rahul was never happy while he was a doing job.

The time and labor when you apply for someone else were more fruitful when you do it for you. I did the job to learn the Duniyadaari (outer world). But my happiness lies in entrepreneurship!

There was risk involved when Rahul started his entrepreneurship journey. But he never felt demotivated because there was no option left; Job was never a way to success for Rahul. He started and made his starting a reason to continue. His passion for entrepreneurship drove him in bad times.

The key mantra for Rahul Mundra of life and business is “Never Stops. Just keep doing.”

← Prev: Impact of Make in India over Different Sectors of India Next: 5 Motivational Books That Can Fire-Up Any Person on Earth →