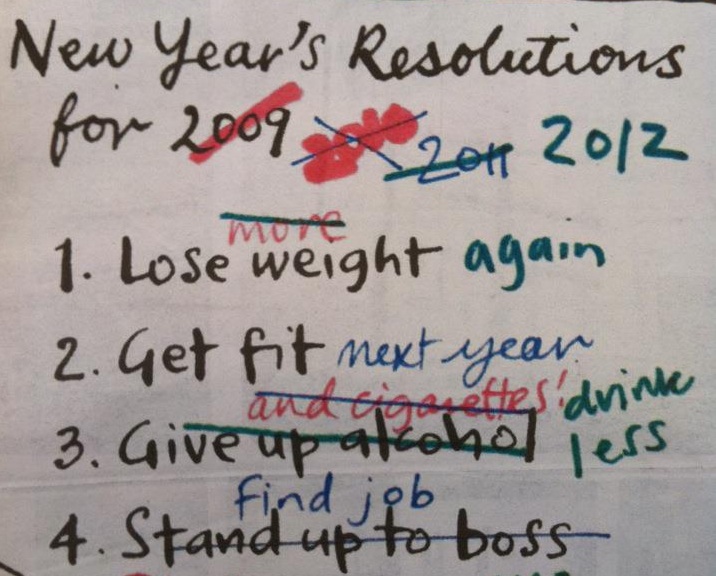 Being an entrepreneur and more specifically dreaming of making a billion dollar profit comes with the little successful amendments you make throughout your struggle period. But it has been observed that in 90% cases New Year Resolutions Fail. New Year is the time where people really think of making such amendments to have the New Year turn better than the previous one. There is always some scope to make the life better and resolutions are made to attain the same. To be an entrepreneur and to be a successful one the person has to keep hold of his/her life and keep on making it better with each day, each second of living it.

Most people around the globe fail in completing their New Year resolutions, well most people aren’t billionaire as well, that’s what every single research conducted says. I don’t know you personally so making verdicts cannot be a genuine reason for your kind of personality. But there is this thing common between the two of us, we have both made resolutions and have been unsuccessful in attaining those. No matter how prominent the decisions might be a month or so and we are back in our previous style. This can be a hurdle in achieving your goal and mending your personality so as to attain betterment in life, which plays a prominent role in success. So, to accomplish your goal of self-improvement you must know the reasons of those misfires. Here are 6 scientifically proven traps and measures to overcome them to help you complete the goal you’ve set this year:

This is a very common cause of an aborted resolution, to set your year with an unattainable goal. For example, if you are presently making 100 bucks and you set a resolution to garnet a billion within an year, this won’t be an appropriate goal to be set. Making the target bigger might sound better and time saving but this would be tougher than you think. Small steps may delay the whole achievement and the yearly success might be small but this increases the probability of the person to reach the goal. This one thing makes the goal easier hence achievable.

2. Setting many Resolutions/ Goals at once

The major mistake that people make is that they out of sheer excitement make many goals all at once. Like I have mentioned in my previous articles focus plays a crucial role in your entrepreneur career. You have to be focused at one goal at a time so as to bring permanent change in your personality. This is a change in your life; you can call this an upgradation, focusing on one at a time would be better than trying your luck in many. Making plans and keeping a track of everything in coordination would be difficult and too much demanding. Human nature doesn’t really like manipulations and fixing, so giving up seems easier than keeping up but if you are focused on one thing than this increases your patience in handling those changes.

Your will power is what makes you a successful businessman. Believe in the potential of yours and especially in your dreams. Who would have thought a minor could overtake the existence of orkut bringing in another social networking site to the ‘not so popular then’ internet but now he is one of the biggest names of this world, the man who made 100 million before even turning 30. Once you set out for something your dedication is the first thing that grants success, everything else is secondary. May be the aim you wish to achieve is difficult and hard for you to accept physically and mentally here your dedication can get you going. Nothing good is ever achieved without hard work and dedication and here we are talking about resolutions which are all about changes in life or changes in personality.

Related: How Successful People do to Control their Emotions?

Human nature it is, to be afraid of the ‘what ifs’ in life. Making mistakes is tangible and unavoidable; you are no supernatural being to attain the goal with 110% perfection without even failing once. What’s the big deal even if you fall? Success is all about falling 99 times but rising a 100. Those little mistakes teach you ways to not do the thing in a certain manner and they are a part of life. Without sufferings you will never realize the value of your success and won’t relish its existence. This is one point where I wish to explain human nature of committing error, some wrongs that we do unknowingly. Even with a hell a lot of dedication and commitment we unknowingly screw things up. The more efforts we put in the more we are afraid of losing what all those efforts have earned us. This is okay, accept it and keep going. Giving up shouldn’t even be a choice.

Make flexible plans evaluating all the possibilities that even have a slight chance to happen. Let me give you an example of a computer science programmer. While making a code for certain application or website a computer science engineer is taught to calculate the best case, average case and the worst case. Usually they don’t focus on the best case of their executable program, but the average case and worst case have all of their attention. This is something you need to bring into your plans so as to succeed in re-programming your brain, i.e. making changes to your system. Moreover one other thing that would keep a person motivated is keeping track of all the minor changes that are going on his way, one will get to know if he/she is going in the right direction or not.

No one wishes to be alone, and whilst thinking the own self as lonely people usually fail due to lack of motivation. Even if you are alone, do not worry! Just think about all the positivity the new change would bring into your life? And these thoughts of seeing the betterment that would pitch in, you will yourself get motivated. Celebrating the minor achievements will keep you going throughout the coming year. Not just waiting for the whole aim to be achieved, but being happy about the little milestones you’ve crossed. If you have someone else than he/she can act as accountability companion who can give a hand when you get into the negative trauma of considering the goal too much requiring, the one person you can report to. Motivation can be a little treat to your own self as a token of appreciation for all that you have put in.

We make resolutions, we break them; we make promises and if they demand some real efforts, we break them. A resolution is supposed to be a firm decision, a promise to your own self to make your life better. Others can be motivators, or even helpers in giving you a hand but they cannot play your part in this life you own. You never know how strong you are, unless being strong is the only choice left and this is one reason that I said ‘giving up shouldn’t even be a choice.’ Here, wishing you a very Happy New Year. Good Luck!

← Prev: 8 Crazy Ways to earn Extra Money Next: 10 Rules to Increase your Income by 3 Times → 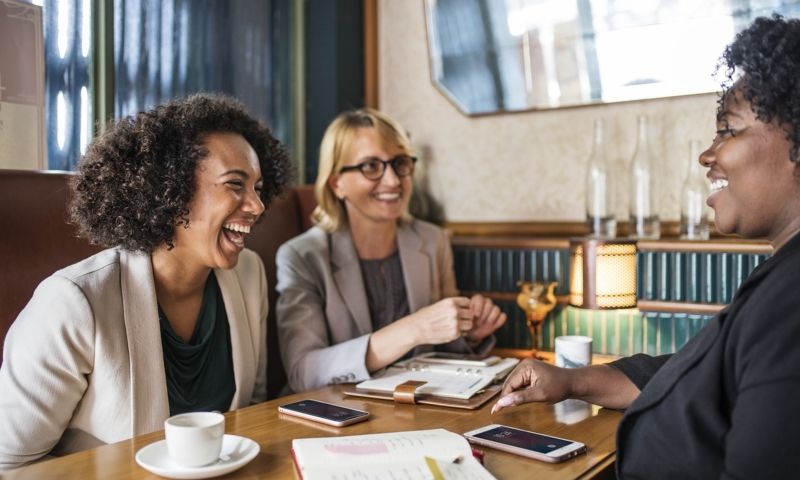 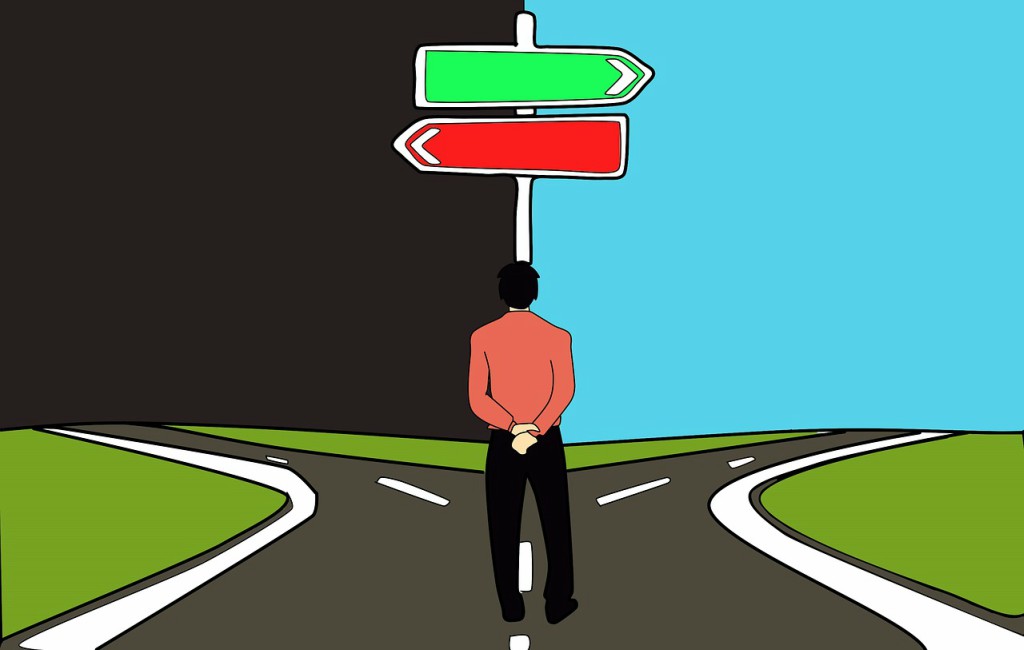 If I have to answer this question in short, then I would say, ‘’If you are positive about yourself then it doesn’t...