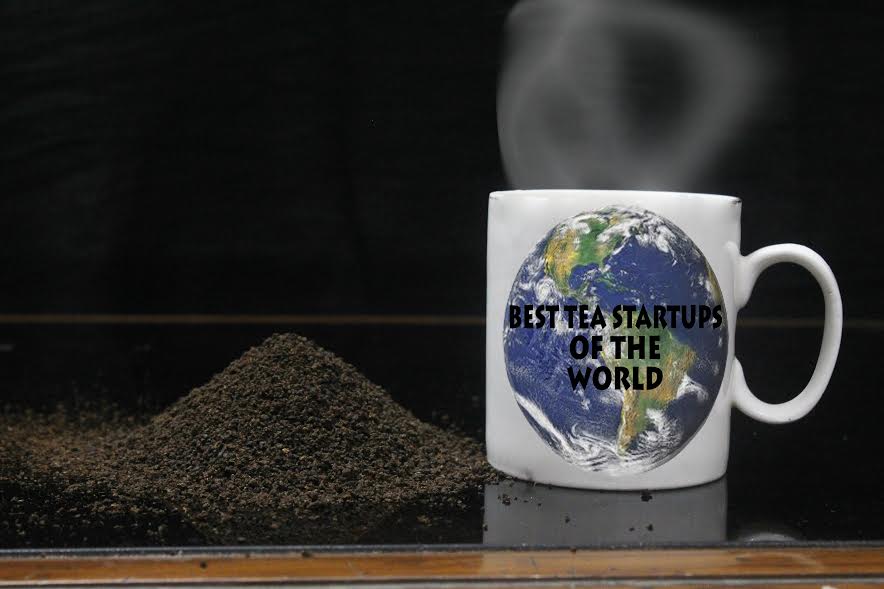 Tea/ Chai, as it is widely known, have become one of the most beloved beverages all around the globe. With its root in India and England, tea market has risen as a promising economy booster in the past decade. While countries like China and India benefit from producing tea, there are nations which have boosted by serving tea as a beverage. These days many people are starting tea startups or tea cafes all around the world and their businesses are performing remarkably well and are giving tough rivalry to the famous coffee chains.

Coffee chain players such as Starbucks, Barista, and Costa Coffee not only have each other to compete within the market but also the various tea startups which have become extremely successful and prevailing in the past few years.

Below is a list of the few tea startups which have given the traditional tea a new recognition in the crowd’s eye and have become successfully wealthy in the past few years.

Initiated by a Harvard graduate, Seth Goldman in 1998, Honest tea is an iced tea brand which recently rose up to a $100 million company. In the past 15 years, the brand has become one of the most preferred tea businesses in the USA as the president of the United States personally vouch for it as his favorite beverage. Honest tea offers a wide variety of iced tea with 70% less sugar than any other company in the market and promises a healthy and organic lifestyle for the people who consume the various flavors of the tea.

Teabox is an Indian tea startup and one of the most talked about tea startup both in the terms entrepreneurship and its funding. The startup has been in the hot talks since it has gained its prized investor in Ratan Tata in the year 2016. With the tea baron on his side, Teabox founder Kushal Dugar plans to put its focus on the Indian market as its prime consumer this year. 95 % revenue of Teabox is generated from international markets such as the USA and the European Union, Teabox has become a dictator of the online tea retailing business since its foundation in 2012. With an estimation to become a $40 million company in a few years, Teabox aims to be the largest global tea retailer of India.

Related- How to Start Beverage Business

The roots of this startup had been sown in the 1890s but the fruit was only plucked in the year 2007. Capital Teas is a USA based tea startup which successfully sells 200 types of tea infusions which are one of their kinds.

The founders Peter and Manelle Martino have recently opened up 15 different stores in various parts of the USA and possess a funding of $ 11 million. The most enticing feature of this venture is that the company has initiated a stop and smell feature for their customers which enables customers to smell the various tea samples which are hung on the “sniffing walls” of every Capital tea store. The first ever store was opened in Annapolis, USA, which is also their headquarters.

One of the most prevailing startups of the United States since 2010. Tiesta Tea offers a wide range of tea variety from all around the world. The company collects its revenue from 7,000 stores all over the USA and has a turnover of millions of bucks every year.

The tea brand which is headed by Patrick Tannous and Daniel Klein sells up to 40 kinds of tea from all over the world. One of the most interesting facts about Tiesta is that they sell loose tea with a blend of various ingredients.

Chai Point has become a reputed and most talked about the name not only among its customers but also in the tea business as the startup has raised up to $ 10 million of funds. This is not your regular tea café chain, instead, chai point has developed various innovative techniques to provide tea to as many people as possible. The most talked about an initiative of the chai point are the tea machines for corporate offices, which unlike regular machines will provide tea made from natural tea leaves.

Chai Point CEO, Amuleek Singh Bijral, plans to use the funds for the expansion of the tea chain as well as hiring and updating the technology are their top priorities.

The Canadian-based joint venture of cousins David Segal and Herschel Segal offers loose tea for the exotic tea lovers. It has since 2008 become the largest tea retailer which gives direct and tough competition to established tea players like Teavana in various markets.

David’s Tea has more than 75 stores across Canada and the USA offering more than 150 types of tea to its consumers. Also, David’s tea proposes limited edition tea offers to the customers in order to keep the business interesting and thriving. David’s tea has a funding of $13 million since the past years and continues to expand its business all over the USA.

Tealet is one of the most eccentric tea startups initiated by Founder, Elyse Petersen and Co-founder, Jane Gonsowski which deals in bringing tea from the fields to the cups of enthusiastic tea drinkers. This tea startup has become one of the most successful and unique startups of its kind which not only provides the wide range of tea from 8 different countries but also yields the consumers with a farm to cup experience of their favorite tea. The online commercial based startup has helped the small time farmers from the third world countries to grow financially as entrepreneurs and has enhanced the tea business to new heights. Tealet has a funding of approximately $ 200,000 since 2014 which is rapidly growing.

Chaayos has become the fastest growing Chai Startup of India. With 27 tea outlets all over, the founders Nitin Saluja and Raghav Verma offer 12 add-ons for the simple desi tea Indians drink as a part of their daily routine. With an initial funding of $ 5 million from the investors Tiger Global, Chaayos has become the fastest growing tea startup on the terms of standardization, distribution, and the footfall. Chaayos is a startup which not only earns its profit through the footfall but also, the app service provides 50 percent of its daily revenue, making it a digital success as well. Chaayos is hoping to reduce its delivery time from 30 to 15 minutes in the next few months along with other Upgradation such as small tea units for places like Lajpatnagar.

Deriving its name from the lemon city of Hawaii, Lauren Fernandez, Natalia Napoleon de Bens, and Gail Hamilton, the founders have their products sold in 35 restaurants, cafes, and stores. The venture is best known to have its tea exported from the best tea growers of the world and have it mixed with actual fruits and herbs at home.

The most interesting fact about this 2014 venture is that it is a self-funding entrepreneurial brand which was founded by four Miami beauties, who wanted their tea to have an attitude as well taste. The company has around 30 types of organic tea and an online portal to provide people with an easy access to their teas.

Tpot Cafe is again an Indian tea startup. The CEO, Robin Jha who already has formulated a rapidly increasing chai empire of 20 cafes has planned to open 30 more cafes by the end of this year as he told in an interview with BusinessAlligators. Tpot Cafe founders have recently marked its emergence with the opening of two outlets in Noida.

Tpot Cafe is a Chai Nashta (tea and snacks) based startup which not only provides mouth watering snacks along with your favorite tea but also with an arrangement for the customers to sit and indulge in their preferred leisure activities. It is one of the most promising startups as it has its outlets at the social hubs of Delhi and National Capital Regions. The café chain has found its investors in the co-founder of Ashoka University.

It is an innovative tea startup of the Amazon e-commerce, which enables local small time tea vendors to make their tea available for every household in India. Chai cart hopes to become a joint venture of various tea stall vendors and Amazon which will enable a home delivery of the roadside tea.

Jeff Bezos, the founder and chief executive of Amazon believes that this is a step towards the betterment of the recently emerging tea business in India which will also be a silver platform of small time tea vendors across the country.

Started by two chai lovers from different worlds, Chai Thela has become a successful venture with 6 outlets in the National Capital region(NCR- Delhi). Chai Thela is a startup which brews your favorite tea on the spot. According to the Co-Founder, Nitin Chaudhary, the tea dispenser machines in various corporate offices provide a terrible taste and the chai cooked on the regular thela (stalls) lack in the hygiene. Hence, both the co-founders thought up of bringing home like and hygienic tea for the people suffering from the same dilemma as these two. Started in 2010, Chai Thela aims to reach out to cities like Delhi, Pune, and Ahmedabad soon.

Initiated in 2008, this tea based café has spread its wings with 18 outlets so far in India. The aim of the founder Abhishek Nahta is to become the leading tea café chain of India, with approximately 2 million of cups served so far the goal is not far from being achieved.

The most profitable fact about the startup is that the tea prepared is from freshly brewed tea leaves and is completely handmade, unlike many of its competitors.

Another magnificent tea startup is the Mumbai customers into a completely different experience of tea consumption.

Started in 2013, tea trails plans to expand from 5 to 500 outlets in the next 5 years. With its outlets set in Delhi, Chennai, Hyderabad and Mumbai tea trail has raised funds of up to $ 1 million for the past few years and hope to become one of the leading tea cafes of India by 2018.

Mumbai-based Tea trails café chain not only allows the consumer to drink from a large variety but also provide them with the experience of eating the tea. Tea Trail is the only café chain which has developed tea as a food ingredient to entice the consumers with its varied tea infused snacks.

← Prev: 5 Motivational Books That Can Fire-Up Any Person on Earth Next: 7 Best Food startups of India →

In the recent years, there has been a tremendous development in Chai Industry (Tea Industry). A number of chai... 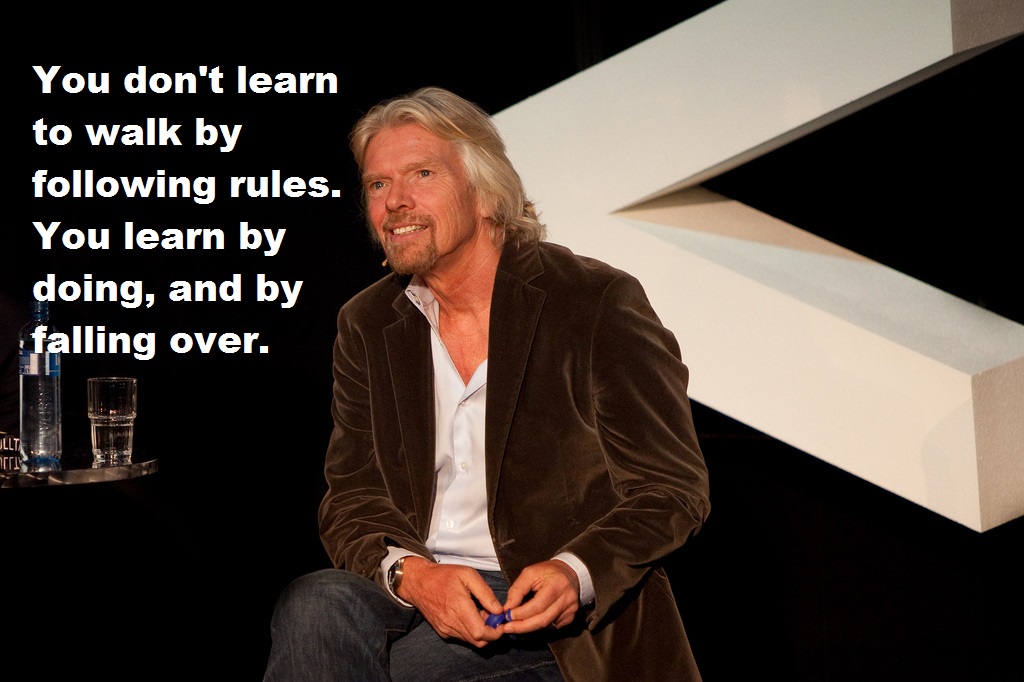